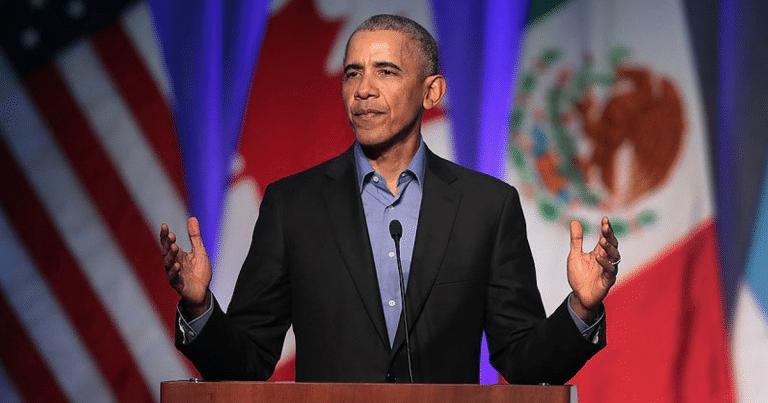 The Obama administration was one of reckless spending. Barack didn’t mind wasting taxpayer dollars. Even as people lost their jobs—watching them get shipped overseas. Obama still took our money.

He even spent money he didn’t have. Under Obama, the deficit doubled. That’s more than any other president in the history of the U.S.

Now we are learning about one bill he tried to sweep under the carpet. You’re going to love this.

The Obama administration set the all-time record high for using executive orders to protect 265 million acres of U.S. land and water. But the latest National Park Service report, as Obama left office, detailed the deferred maintenance deficit for federal and state parks and monuments at $11,927,413,975. As the state with the largest backlog, California already had 28 sites that needed at least $1,769,798,353 in maintenance…

Interior Secretary Ryan Zinke prepared a report that recommended President Trump consider potentially shrinking some or all of the 27 national monuments established by Presidents Obama, Bush and Clinton. But environmental groups promise they will litigate any effort to change the sites’ existing boundaries and protections.

Apparently, much of the cost will go in removing “non-native” animals from these parks. That’s right, environmental groups want to spend your money to get pigs out of the woods. And they’re willing to fight about it.

Meanwhile, bridges are collapsing thanks to a lack of infrastructure funding. But, yeah, let’s worry about the feral pigs.

Isn’t this just like Obama? It seemed like he was all for the worst kind of programs. Things that helped Americans were ignored. But no, we should spend billions on protecting land. Land that will be off-limits to people as a result.

At least we’ll get the pigs out of there.

President Trump would do well to slash the park’s budget even more. He’s done some already. But considering the idiocy of the situation, more must be done. Deranged environmentalists must learn that people come before parks.