Trending //
Turn Off Ads On Site My Account
Donald Pushes For Armed School Guards, So Of Course Sanctuary State Yanks Theirs 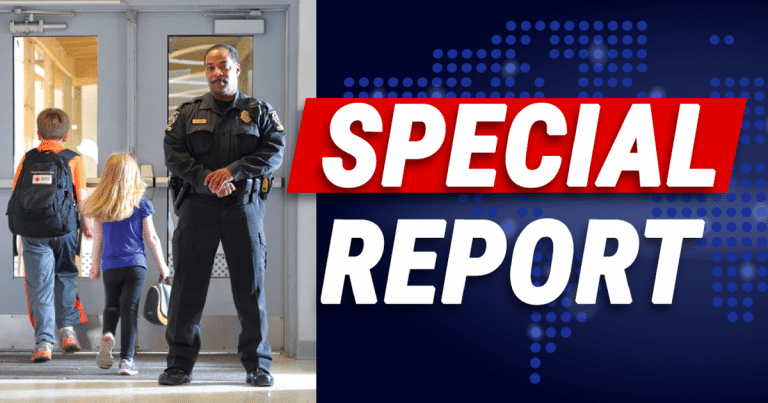 The safety of American citizens is an afterthought to liberals. Their priorities are being politically correct and doing anything possible to spite President Trump, because they are still bitter over an election that ended over a year ago.

This is most apparent in sanctuary states like California and New York.

When Kathryn Steinle was murdered by an illegal immigrant in California, no liberals rushed to honor her memory by addressing the crisis of criminal aliens. Instead, they rushed to defend her murderer in court and poured all of their resources into making sure he was found not guilty. The trial became a way for left-wingers to get back at the President because if there’s one thing liberals understand, it’s pettiness.

Now in New York, liberals are once again putting the safety of Americans second in an attempt to seek revenge against the president.

NYPD removed one of the last armed officers from city schools, even as armed protection of students takes center stage nationwide.

Sgt. Raul Espinet, one of the last armed officers, was removed from his post at Francis Lewis High School around the same time that the February 14 Florida school shooting occurred.

The New York Post reports that armed officers in schools are being jettisoned in light of “Mayor de Blasio’s new community policing units.” Such units “will visit schools while patrolling the neighborhood” but full-time, designated school assignments are over.

Parents were horrified by these developments, and are collecting signatures to bring Officer Espinet back to protect their children.

But Blasio claims that this would “cost too much”, and wants to focus more on community policing rather than having police stationed at schools.

This move likely has more to do with the Promise Program instituted by Obama and his Secretary of Education Arne Duncan.

Federal grants were promised to school districts who placed restrictions on the ability of the school and police to arrest students, because liberals were worried that too many kids in school were getting arrested and had criminal records for the crimes they committed in school.

A long list of protocols and requirements were set up and put in place with the schools and the police to arrest students. The effect of the Promise Program was exhibited in the Parkland shooting. The shooter Nikolas Cruz had committed several crimes worthy of arrest at school and in the community, and yet he was never arrested. Without that arrest record, he was able to pass the background check required to purchase his gun.

The removal of community service officers from New York City schools is likely a similar program, with a similar “soft on crime” objective to protect young offenders from ruining their lives with arrest records. That would seem to be in step with the sorts of programs Blasio wants.

Once again, the left is putting politics before everything else. Do they really care about protecting children while they’re fighting the ones that are prepared to?