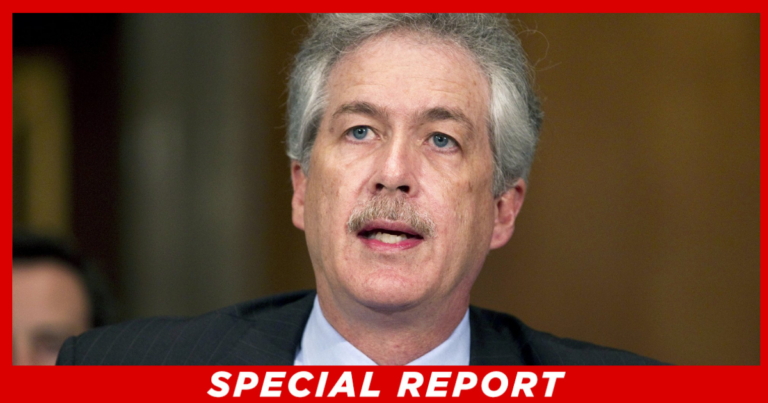 What to know why Biden has been so weak on China? The communist nation has been nothing but hostile to the U.S. and our allies.

But, unlike President Trump, Joe Biden has refused to confront this growing threat to the world.

Perhaps one of the reasons is because the very head of the CIA has close ties to the Chinese Communist Party.

During Burns’ tenure as president of the Carnegie Endowment for International Peace from February 2015 to November 2021, the think tank employed at least 20 policy experts whom the DCNF has identified as CCP members.

What the heck, man! Can’t we have one member of Washington who isn’t in bed with the
Chinese?

We know that most corporate media companies are in bed with China. Most of our universities get big bucks from Chinese “investments.”

Even Hollywood, Silicon Valley, and other industries get lots of cash from China. All of these institutions are compromised, more willing to appease China than U.S. citizens (just as Lebron James).

Now we know the man who is leading the Central Intelligence Agency, a literal spy organization with endless resources that controls top secret information—has buddies within the CCP.

Before taking over the CIA, William Burns ran a “think tank” that employed not one or two CCP agents, but twenty.

These were “policy experts,” meaning they helped shape this group’s views on policy. “Think tank” is just another kind of lobbyist firm, which uses money and power to shape our government’s policy.

And this one was infiltrated by literal communists.

Now, why would anyone in D.C. partner with Chinese communists? One of two reasons. One, Burns himself is a communist and sympathizes with the CCP.

Or, the CCP threw around enough cash that neither Burns nor anyone else cared.

In either case, does this make him qualified to lead an agency that controls all of America’s secrets (and collects the secrets of other nations)?