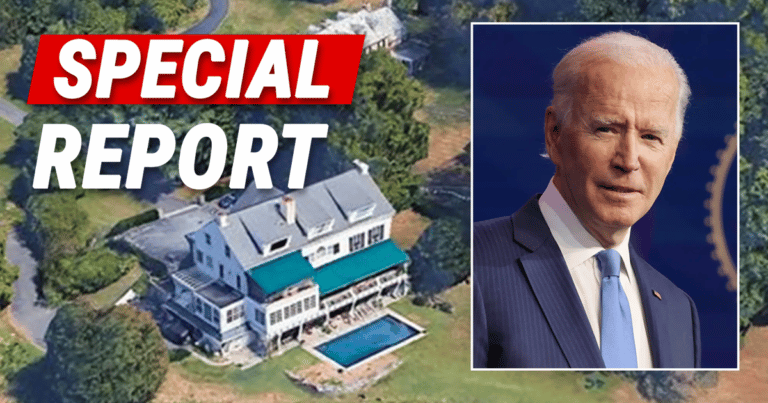 Long before Joe Biden entered office, Americans worried about his family’s side dealings. In recent years, we learned his son Hunter was profiting off his dad’s position.

Some suspect Biden was involved in Hunter’s shady deals. And questions continue to swirl over what Biden could be up to since he entered the White House.

Now, those questions are becoming even stronger after this revelation. A newspaper wanted to find out just who was visiting Biden at his homes outside D.C. And the Secret Service made this startling claim.

The New York Post reported that it requested the information about who visited the president at his Wilmington and Rehoboth Beach homes as part of the Freedom of Information Act but had its appeal denied.

In a letter dated Sept. 27, Secret Service deputy director Faron Paramore wrote, “the agency conducted an additional search of relevant program offices for potentially responsive records,” according to the paper.

“This search also produced no responsive records,” the letter read. “Accordingly, your appeal is denied.”

It’s not called the “Secret Service” for nothing. An agency recently mired in controversy for covering up the mistakes of its own agents is now at the center of another possible scandal.

The New York Post requested records of who was visiting Joe Biden when he stayed at his homes in Delaware.

Records are kept of who visits the White House. That information is important because Americans deserve to know who is meeting with the president.

But the Secret Service is claiming no records were kept of who has been seeing Biden at his houses in Delaware.

Isn’t that odd? We had records of the people visiting Trump at Mar-A-Largo, his “Florida White House.”

Why hasn’t the administration been recording the people coming and going from Biden’s homes?

That could easily be seen, by some, as a way of hiding what Biden is doing. You don’t have to be a conspiracy theorist to worry that Biden is getting around transparency standards by meeting with folks at his homes outside D.C.

Many worry that Biden had a hand in his son’s questionable business deals. There are still ongoing investigations that could implicate Joe along with Hunter.

We also know this administration refused to reveal who was buying Hunter Biden’s “art” for hundreds of thousands of dollars.

Come on, man. How can anyone not fear something fishy is going on?