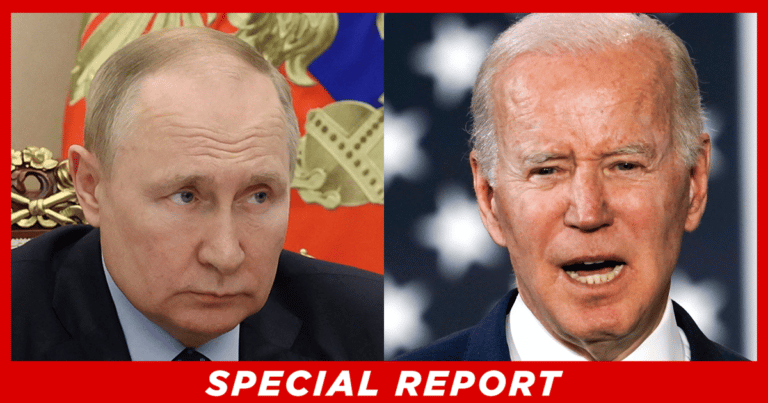 We have all seen Joe Biden fail again and again on the world scene. He couldn’t stop the Taliban from taking over Afghanistan. And he failed to stop Putin from invading our ally Ukraine.

Most recently, Vladimir Putin made (again) another threat to use nuclear weapons in his mad pursuit to annex Ukraine. Biden talked big, saying he would not allow Putin to do such a thing.

But soon afterward, his administration dropped millions on this. From MSN:

The US government has purchased a significant supply of radiation-injury drugs as the Russian president threatened the use of nuclear weapons.

A $290 million procurement of the drug Nplate, to treat acute radiation syndrome (ARS), was announced by the US Health and Human Services (HSS)…

The US government said the procurement of Nplate was not in response to the war in Ukraine.

Bad timing, Joe. How can anyone believe this purchase of $290 million in radiation treatment drugs isn’t in response to Putin’s threat? It’s almost as if Biden is admitting he doesn’t have a plan to stop Putin from dropping bombs. Even bombing the United States!

This could be a huge admission by Biden that he has no plans for stopping Putin’s nuclear war. Joe Biden was accused of giving Putin the “green light” back in February. Biden said the U.S. would not respond if Russia staged a “minor” invasion of Ukraine. Almost immediately after that, Putin sent forces into the country–starting a war that has been raging ever since.

To overcompensate for his mistake, Biden has been sending billions in military aid to Ukraine–even as America struggles with inflation and a recession.

But nothing Biden’s said or done has deterred Putin. It’s clear the tyrants of the world do not fear Biden, who has bent over backward for the Taliban and other dictatorships. If the worst were to happen on Joe’s watch, many Americans doubt he would be able to confront it.

Buying a bunch of pills ain’t going to cut it, Joe.