There’s more to the border wall project than one might imagine. When it is mentioned, most probably figure the thing will be like a concrete flood wall.

Perhaps plain concrete, ten to twenty feet high. In fact, it’s more complicated than that. Part of it will likely be a sophisticated fencing system. And the part that truly is a “wall” will be anything but just a boring hunk of concrete.

Prototypes have been set up in Southern California. These are being evaluated as to their ability to meet the president’s requirements.

Criteria such as how resistant the wall is to attack as well as natural disasters will be considered. But there is one requirement that may have reduced the number of competing designs under consideration.

“President Trump on Thursday said he wants a wall built along the U.S.-Mexico border that is fully transparent, so border agents can see ‘200 yards out’ and easily monitor activity on the other side.

“That request would immediately eliminate six of the eight border wall prototypes currently being tested in Southern California.

“He continued, ‘This is going to be [a] state of the art wall. But I can fully understand why you’d have to have vision. I’d like to be able to see three or 400 yards instead of we’re at a wall we have no idea who’s on the other side.'” 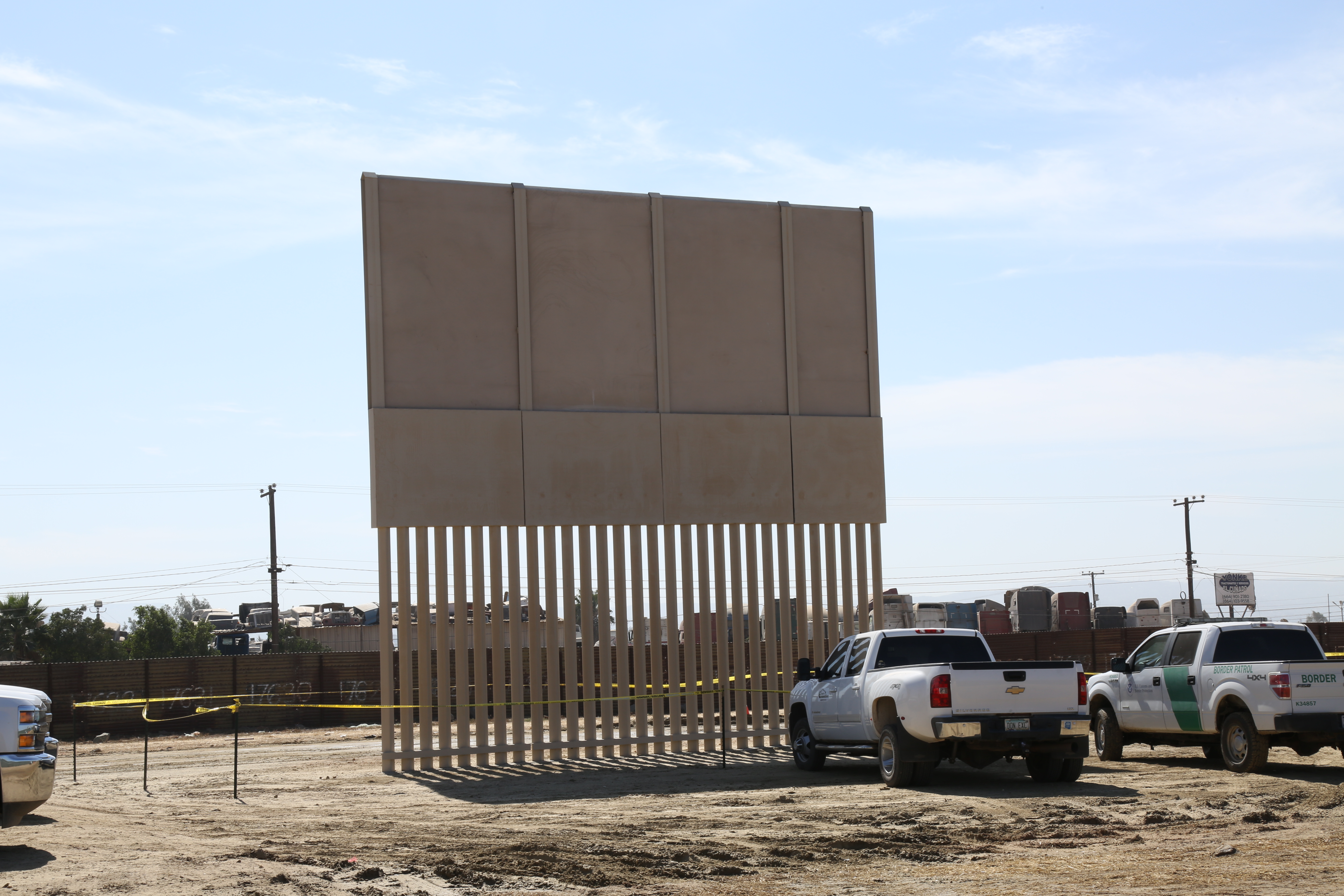 The process of evaluating these proposed designs is proceeding in anticipation of a presidential visit in a month or so.

“All eight prototypes, which were budgeted at $500,000 each, are currently undergoing a 60-day evaluation period during which U.S. Customs and Border Protection officials will test their ability to withstand severe weather, tunneling and other attempts to breach the structure.”

“Trump is reportedly planning to visit the construction site for the prototypes following his first State of the Union address on Jan. 30.”

The president promised a “big, beautiful wall.” He has also made comments about incorporating solar cells into the design. If that happened it might force the environmental left to say something nice about the president for once. But we won’t hold our breath.

The wall, whatever its final design turns out to be, is on its way. Dovetailed with the stronger immigration policy, and the president will have delivered on yet another campaign promise.