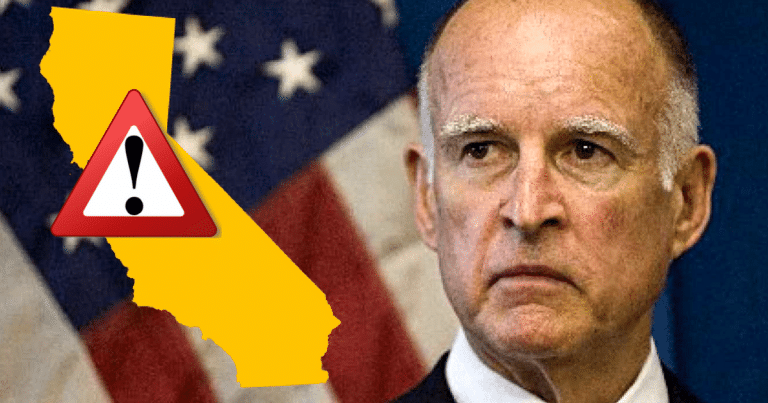 California is beginning to feel more and more like a foreign nation. Its radical policies have made the state a rapid departure from everything that makes America great.

The People’s Republic of California embraces socialism, moral decay, and illegal immigrants, which in turn has caused a decline in jobs and a rise in STD’s, drug use and homelessness.

The state’s incompetent leadership appears to be catching up to them, and a mass exodus out of California is currently underway.

There are so many California residents fleeing the state that U-Haul is running out of trucks to rent out to people.

But instead of trying to correct the many issues causing fed up residents to leave, California lawmakers instead seem hellbent on making the state as uninhabitable as possible.

Their latest move is sure to further drive people away, by making it completely unaffordable to live there.

California has become the first state in the nation to mandate solar panels for all new homes, in a move to cut greenhouse gas emissions that critics say will end up raising home prices in the already expensive market.

In a unanimous 5-0 vote Wednesday, the California Energy Commission approved the policy.

The regulation will require all homes and apartments built after 2020 to have solar panels, adding an average of roughly $10,000 to construction costs for a single-family home. On the flip side, the commission says, the panels could yield much more in energy savings.

According to the commission, these solar panels will produce $16,500 in savings over the span of 30 years. But this is only if the panels last 30 years. They are more likely to last only 10 years.

Homebuilders are calling for this action to be delayed until the state’s affordability and lack of housing issues are dealt with first. They believe these solar panels should not be the state’s highest priority, and that this mandate will make home ownership an impossibility for many people.

The commission appears to be turning a blind eye to these problems, likely because these members are in bed with the solar energy industry. Solar companies like Solyndra have attempted multiple times in the past to manipulate the energy market for financial gain. Who’s to say this isn’t a similar scheme?

Now that new homes will be forced to install solar panels, the solar energy industry will be raking in millions.

And who knows how much the California Energy Commission will receive for voting to subsidize their friends. This whole thing smells like a racket masquerading as environmentalism, and those leaving California are finally catching wind of it.