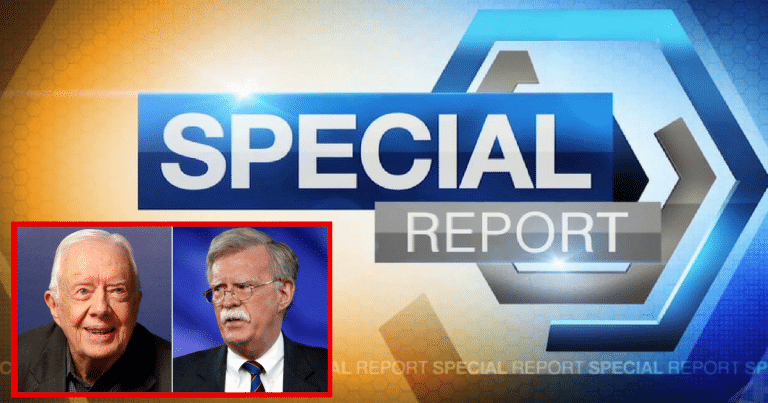 Some of the worst foreign policy disasters of all time have occurred under Democratic leadership. Benghazi and the Arab Spring happened under Obama and Hillary’s watch. The brutal Vietnam War was entered by Democrat LBJ.

And for those that lived through it, the Iran Hostage Crisis of 1979 was 444 days of pure terror and humiliation, due in large part to yet another Democratic dotard.

During the Iranian revolution, the U.S. Embassy in Tehran was seized by student protesters who sought to overthrow the Shah. Much of the blame for the crisis fell on then-President Jimmy Carter for his failure to negotiate from a position of strength in order to bring the 52 American hostages home.

Jimmy Carter was also a close ally of the Shah’s, and admitted him to the U.S. to receive medical treatment after he was overthrown. This action caused him to be so hated by the Iranian people that they waited until Carter was out of office and Reagan had taken over before finally releasing the hostages.

Now, this diplomacy hack is attempting to lecture the current president on what he should and shouldn’t be doing when it comes to national security.

“I have been concerned at some of the things he’s decided. I think his last choice for national security adviser was very ill-advised. I think John Bolton has been the worst mistake he’s made,” Carter told “CBS This Morning” co-host Norah O’Donnell Monday.

Carter went on to say that Bolton is too much of a war hawk to be advising President Trump.

“He’s advocated going to war preemptively against North Korea, against Iraq, against– against Iran even. And so I think that that is particularly ill-advised because the national security adviser, I know from experience, is the most listened-to advice that a president gets… but I still think that our country can overcome him.”

So was it Jimmy Carter’s national security advisor that told him to enact Operation Eagle Claw? This ill-attempted rescue operation of American hostages resulted in the deaths of eight American servicemen, and is cited as a major factor in the downfall of Jimmy Carter’s presidency and his landslide loss in the 1980 presidential election.

If Jimmy Carter is insulting your national security advisor, you must be doing something right!