Trending //
Turn Off Ads On Site My Account
After Cheney Loses in a Landslide, Trump Unleashes Blazing Reply To This “Wonderful Result” 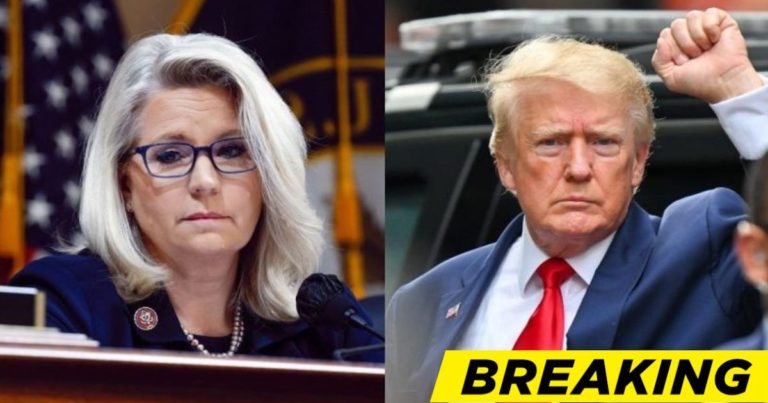 The primary race in Wyoming is over and as expected, “RINO” Liz Cheney went down in a landslide defeat. Her opponent, the Trump-endorsed Harriet Hageman, won by a large 37-point margin.

Given the polls prior to the election, it did appear as if Cheney’s fate was sealed. She’s been in the Republican doghouse for a while now, and it seemed inevitable that Wyoming voters would ditch her.

That’s exactly what happened — and Donald Trump is celebrating with one of this most fiery statements yet.

The feud between Cheney and Trump has been ongoing. The two never agreed on everything to begin with, but things reached a fever pitch when Cheney joined a handful of pro-impeachment Republicans.

Cheney has also stood with Democrats on a variety of important issues, and was recently quoted as saying that she’d “rather work with Democrats” at this point.

All of this was bound to back up on her, which is likely why the battle against Hageman wasn’t even close.

After 95% of the votes were counted, Hageman had locked down over 66% of the vote, while Cheney hadn’t even managed 29%. This was about what the pre-election surveys predicted.

As for Trump, he quickly took to social media and wrote:

Congratulations to Harriet Hageman on her great and very decisive WIN in Wyoming.  This is a wonderful result for America, and a complete rebuke of the Unselect Committee of political Hacks and Thugs.

Liz Cheney should be ashamed of herself, the way she acted, and her spiteful, sanctimonious words and actions towards others.

Now she can finally disappear into the depths of political oblivion where, I am sure, she will be much happier than she is right now. Thank you WYOMING!

Cheney earned even more enemies in the GOP when she took aim at Florida Governor Ron DeSantis, who is hugely popular in the Republican Party right now.

During a New York Times interview, Cheney said she’d find it “very difficult” to support DeSantis in a general election against a Democrat, primarily because he’s “lined himself up almost entirely with Donald Trump.”

She also said she wasn’t likely to support Republicans such as Marjorie Taylor Greene and Lauren Boebert, and said some Democrats “do their homework” and “are trying to do the right thing for this country.”

None of this was going to help her in her reelection bid, that seemed certain.

As for DeSantis, he didn’t take kindly to Cheney’s comments, firing back:

Cheney is totally off the rails with her nonsense. And I think she’s not really a Republican in terms of what she’s doing.

We want people that are going to fight the left. And that’s what we need to do in this country.

DeSantis added that Cheney has a “vendetta” against Trump and “to constantly bring this up” isn’t something Republican voters want.

He also said people care about the real issues right now, such as inflation. And with the cost of living being so high and faith in the economy teetering, the GOP is hoping to secure major wins in November.

But at least before that, they can celebrate one RINO’s defeat.