Trending //
Turn Off Ads On Site My Account
After Trump Plays Hardball With China, Their President Makes A Sudden Announcement 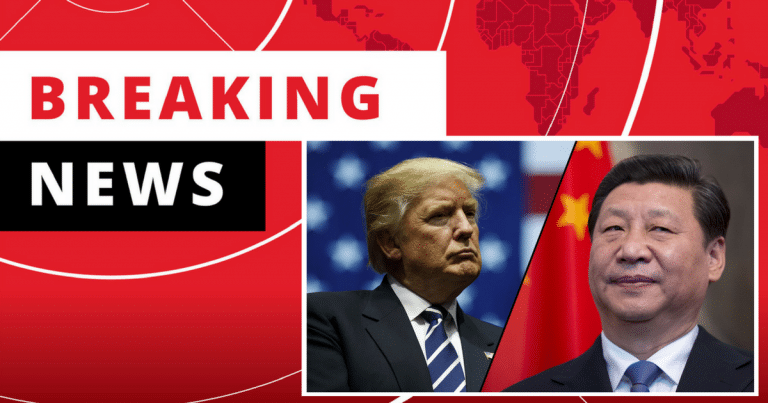 In Donald Trump, we have a President who really knows how to negotiate.

Past presidents were wimpy. They let foreign powers walk all over them. But President Trump is a cunning businessman and leader.

He doesn’t mess around.

That’s especially true when it comes to the matter of trade deals. During his campaign, he made it clear that the U.S. was losing big. That was thanks to bad deals like NAFTA and the TPP. He vowed to change the game when elected. And boy has he.

He recently hit China with serious tariffs. The goal was to make American goods more competitive. Critics railed against the move—mostly because they are crooked globalists. Some claimed China would retaliate, although Trump insisted he and the Chinese president were friends.

President Xi and I will always be friends, no matter what happens with our dispute on trade. China will take down its Trade Barriers because it is the right thing to do. Taxes will become Reciprocal & a deal will be made on Intellectual Property. Great future for both countries!

It looks like, once again, Trump has been proven right.

China’s President Xi Jinping appeared to strike a conciliatory tone during a speech Tuesday where he promised to cut China’s auto import tariffs and ease restrictions on foreign ownership in its auto industry as tensions play out with Washington over tariffs.

Xi made no direct mention of the dispute with President Donald Trump but pledged to open China’s markets further and improve conditions for foreign companies. He warned against having a “Cold War” mentality, which he called outdated, according to Bloomberg…

“We will take the initiative to expand imports,” Xi said during his keynote speech at the opening of the Boao Forum for Asia, China Plus News reported. “China does not seek trade surplus; we have a genuine desire to increase imports and achieve greater balance of international payments under the current account,” he said.

Trump’s critics vowed that China would go after us because of the tariffs. They would hit us with all kinds of penalties, making American businesses suffer. This was all grandstanding, of course. The people criticizing Trump were devoted globalists. They want to damage the U.S. economy by giving other nations an unfair advantage. Both liberals and conservatives do this.

Trump has always promised to put Americans first. That means working to create a trade environment that’s fair for all. President Xi’s words seem to echo this sentiment.

If you lived in China, would you pay those extra taxes to buy an American car? Of course not. Those tariffs were meant to encourage Chinese citizens to buy locally-made autoss. But if China wants to encourage trade with the U.S. and other countries, lowering that tariff is a good start.

This is also a sign that the Chinese president isn’t a cold-minded enemy—as some pundits seem to think. He is willing to cooperate with President Trump so that all parties are happy. That might lead to better trade deals that end China’s habitual IP theft and trade imbalance.

Perhaps more companies move back to the United States. Maybe, in short order, more of our products will have the label “Made in the U.S.A.” once again.