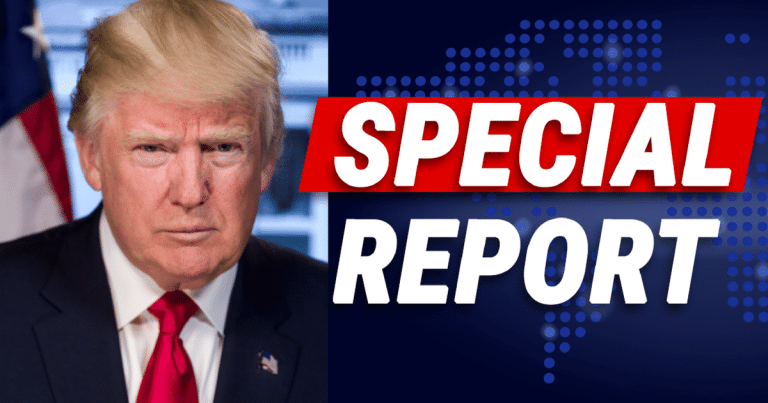 If there is any evidence that a “deep state” exists, we’ve have it right here.

Frequently you’ll hear conservatives talk about a group within our intelligence community who work to undermine our democracy. Some brush it off as rumor. But ever since Donald Trump took office, it’s hard to deny.

There are men who served in government agencies who wielded too much power. They weren’t elected by the people. On top of that, they are not held accountable to us. Because of that, they got the idea they were untouchable. In fact, they wanted to abuse their power to decide the course of our government and country.

We’ve discovered that during the 2016 election, these “deep state” scum bags tried to destroy the Trump campaign. They used a bogus dossier (full of lives) to get permission to spy on him. Their intent was to find dirt they could use to derail Trump’s chances at the polls

How do we know this? Just study former CIA head John Brennan’s reaction when Trump announced an investigation was coming.

Yesterday afternoon John Brennan took to Twitter to threaten both Paul Ryan and Mitch McConnell after Trump called for a new DOJ investigation into Obama spying on his campaign:

Senator McConnell & Speaker Ryan: If Mr. Trump continues along this disastrous path, you will bear major responsibility for the harm done to our democracy. You do a great disservice to our Nation & the Republican Party if you continue to enable Mr. Trump’s self-serving actions. https://t.co/uAhgL6wfIC

It sounds like he’s getting nervous and I’m sure it didn’t help when Rosenstein later ordered the investigation to begin.

This morning Trump responded on Twitter by hammering John Brennan, via quotes from Dan Bongino on Fox and Friends:

…they then used to start an investigation about Trump. It is that simple. This guy is the genesis of this whole Debacle. This was a Political hit job, this was not an Intelligence Investigation. Brennan has disgraced himself, he’s worried about staying out of Jail.” Dan Bongino

It’s hardly a stretch to assume Brennan was one of the top “deep state” actors. The man has been extremely hostile to Trump and his administration. Perhaps more so than former FBI head James Comey. These Obama-era flunkies abused their power to control our government. They cooked up investigations against Trump, so that he would never become president.

Even after the election, they conspired to undermine his presidency. People like Brennan were behind the bogus Mueller witch hunt, which has wasted our time and money.

But things are about to change. President Trump’s order to investigate the FBI’s spying will shake many bones loose. We will discover just who was behind this clearly illegal scheme to steal the election for the democrats. Obviously the FBI and DOJ have some answering to do. As does Brennan. Perhaps even Obama.

Brennan is terrified. He was behind some seriously shady dealings. But his violent rebuke—of none other than the President—clearly suggests there is much more to be discovered. He doesn’t want the truth to come out. He’s a career spy, after all.

We might just discover plenty of buried bodies, if you know what I mean. Top officials from the last administration might be taken out.