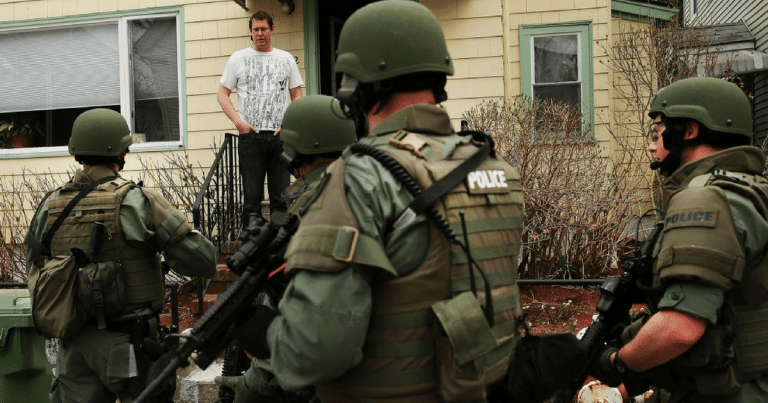 We knew this was coming. It was only a matter of time.

Liberal lawmakers are seeking greater measures to disarm dangerous individuals. The problem? They aren’t interested in following the law to do so. They are simply interested in taking away all guns, whether you are a normal, sane person or not.

Just take this governor, who signed an executive order to make her state safer. But really, it’s an attempt to violate the U.S. Constitution and confiscate your firearms.

Rhode Island Governor Gina Raimondo signed an executive order on Monday that she hopes will prevent guns from falling into the wrong hands.

Rhode Island is the first state to come up with red flag legislation since the deadly Parkland shooting on Feb. 14. While the order does not provide any additional power to law enforcement, it is pushing them to investigate all alerts that are brought to their attention.

The state of Rhode Island has also entered into a multi-state coalition called “States for Gun Safety,” which will combine the state’s resources and provide a chance to share intelligence and form a task force that will intercept illegal weapons.

I guarantee you that, if Liberals states are running this “coalition,” nothing will change. Except for, maybe, capable American citizens being denied firearms.

Northeast states already have ridiculously strict gun control regulations. Any attempts by Rhode Island and neighboring states to “intercept illegal weapons” is pointless. Police already work very hard to prevent criminals from getting guns. The real issue is making sure law-abiding citizens can arm and protect themselves.

The executive order Raimondo signed is incredibly vague. She claims it’s to set up legislative action. But what does this push aim to do? Police already have the means of investigating dangerous people. If someone is considered a potential threat, authorities can easily acquire a warrant and take action. If that person is, in fact, dangerous and armed, they can confiscate their weapons.

Anything beyond this due process is a violation of numerous rights. According to the U.S. Constitution, police have no power to just invade our homes and take our guns. Without evidence and a warrant, they cannot do anything. To circumvent that is a gross violation of our rights.

But that’s what Liberals want. They don’t care about your constitutional rights. They are only interested in pushing gun control. Disarming Americans will give them greater power over you. Tragic shootings, to Democrats, are merely used as a political talking point and excuse to disarm the rest of us.