Trending //
Turn Off Ads On Site My Account
American Taxpayers Stuck with $6.3 Trillion Bill – Biden and His Washington Swamp Boosted Spending Near Record Highs in 2022 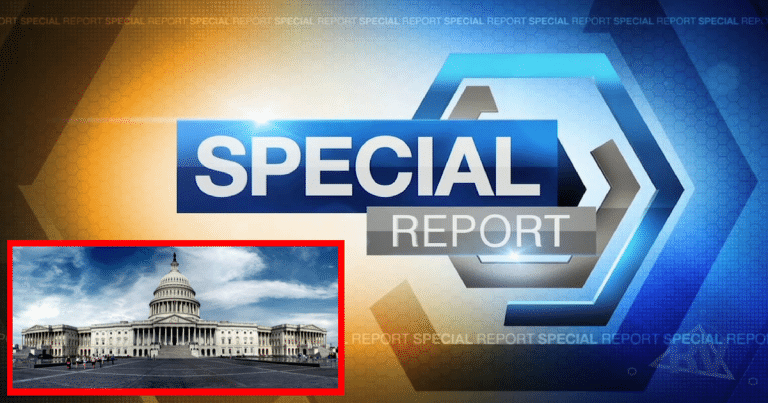 The year is coming to a close and many Americans are looking forward to a Republican-controlled Congress next year. But even as 2022 comes to an end, Democrats are trying to rush through one last massive spending bill.

Without opposition from Senate Republicans, Americans will be on the hook for a whopping $2 trillion. But that’s just a drop in the bucket of what Democrats have done in just this year alone. A new bombshell report is revealing just how much money the left took from you in 2022.

Rather than allow total spending to fall back to the pre-COVID levels of $4.4 trillion, Congress kept the pedal to the metal and President Joe Biden was happy to sign every spending bill that reached his desk…

As a result of these and other bills, total spending for fiscal year 2022 came in at $6.3 trillion – almost as much as the record highs reached when COVID fear still gripped the nation. The elevated price tag left fiscal hawks wondering if COVID created an expensive new normal for taxpayers.

Under Joe Biden, the Democrat-controlled Congress went spend crazy. In just 2022 alone, they approved $6.3 trillion. Where is this money coming from you? Oh, you and every other hard-working American, of course.

Biden, who promised to “build back better” plunged us into greater debt. Little of the money went to things Americans are concerned about. Biden did nothing for the border or rising crime. Most of the billions spent went to Democrat pet projects.

And that “Inflation Reduction Act”? Very little went to anything that will reduce inflation. Instead, most of the hundreds of billions in that bill went to environmental causes. By all accounts, Democrats burned through America’s cash to enrich themselves and their buddies.

But who is going to hold them accountable? Why can Democrats keep writing themselves checks from our bank accounts, and nothing stops them? Even now, they want to spend another $2 trillion before the year ends.

Meanwhile, Mitch McConnell and the RINOs in the Senate help them do it. The so-called Republican leader keeps rolling over to help the left rob our country blind.