Trending //
Turn Off Ads On Site My Account
Ann Coulter Begs Trump Fans: ‘Make Him Keep The Promise That Won Him The Election’ 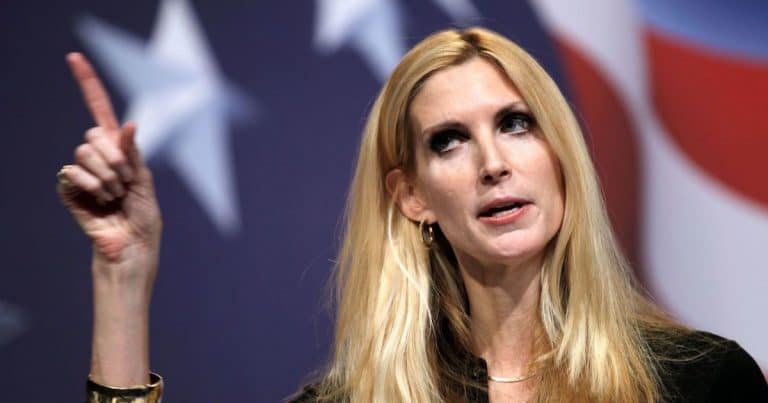 Though President Donald Trump has already achieved a lot during his time in office, there are still hurdles to clear.

A tax bill that results in thousands upon thousands of bonuses and instant savings for working America? Sure, we love that.

Clearing out the harmful and worthless hangers-on in Washington? “Draining The Swamp?” Love that, too.

But it’s Trump’s hard-nosed stance on illegal immigration that really propelled him to the White House, as many followers would agree.

And now, nearly a year and a half into Trump’s tenure, a well-known conservative pundit is asking everyone to make the President keep one bold promise.

During an interview with New York Times writer Frank Bruni, Coulter said the working class – a key demographic for Trump – needs to rise up and take Trump to task.

She calls some of the followers “Former Trumpers” and says the reason the President lost these fans is simple:

“If he doesn’t have [Former Trumpers] anymore — that’s what he should be worried about, because, you play those people for suckers?

The ones who stood by him through thick and thin and thought this was finally something different?

Former Trumpers should put the fear of God in him.“

That’s right, stick to your guns! Trump told you he’d build a wall, so remind him of that promise!

Not long ago, Trump signed House Speaker Paul Ryan’s omnibus spending bill that doesn’t include a single provision from the President’s 70-point list of immigration reforms.

And that’s just not cutting it.

One of those reforms, as you might expect, was the border wall between Mexico and the United States and as usual, we hear nothing about it when push comes to shove on Capitol Hill.

We also heard nothing about about ending chain migration and stopping the “Catch and Release” program that releases illegal aliens into our country.

It almost feels as if we’re headed in the opposite direction and really, that’s not what America wanted or expected. Coulter’s right: speak up, America!