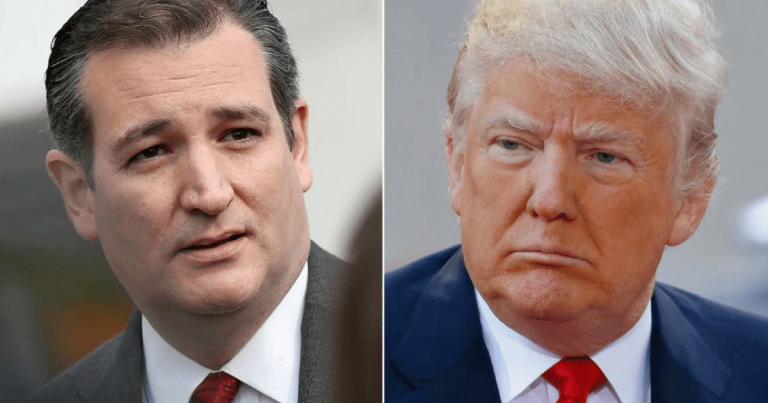 Everyone knows the 2016 election was a bitter fight, not only between Donald Trump and Hillary Clinton, but between him and Ted Cruz.

But the two men have become fast allies. They have the same conservative goals and want to see the southern border secured.

Now that the liberal media has stirred up its latest storm to try to hurt Trump, Cruz is offering an ingenious solution to the child separation crisis.

From the Washington Times:

Sen. Ted Cruz announced a new bill Monday to stop family separations at the border, calling for a massive infusion of money and manpower to solve the problem without going back to the days of catch-and-release.

Instead, he called for fast hearings, quick asylum for those who qualify and speedy deportations for those who don’t qualify. And he said families should to be kept in detention — together — until that happens.

“While these cases are pending, families should stay together. Children belong with their mothers and fathers,” he said. “Once their cases have been adjudicated – under my legislation, in no longer than 14 days – those who meet the legal standard should be granted asylum and those who don’t should be immediately returned to their home country.”

This is far better than any solutions the Democrats are offering, and if Donald doesn’t budge at all on this situation (even though it was created by his Democrat predecessors), he will be painted as cruel and uncaring.

Maybe there’s a better solution out there—but Trump needs to come up with it fast. This looks like a pretty smart option, and it would also show that Republicans can work as a team to come up with real-world solutions.

And it would let the world know that conservatives truly care about refugees, families and those seeking asylum without opening our borders to anyone who decides to run across the border.