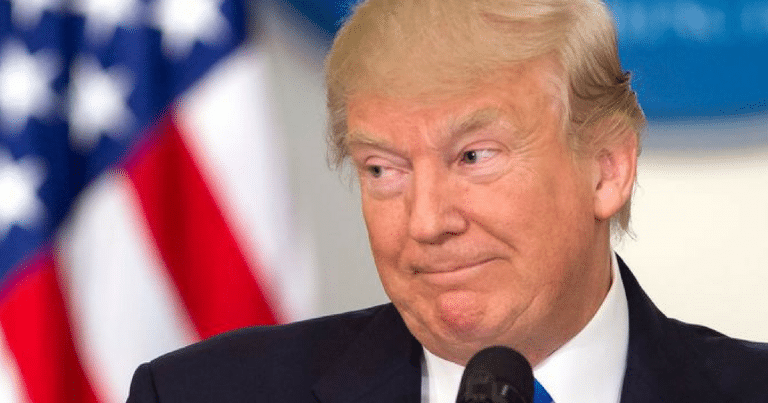 Donald Trump promised to be the law and order President. Boy, did he mean it.

Trump vowed to make America safe again. That means upholding the law—and punishing those who violate it.

Criminals responsible for the deaths of citizens need to face strict penalties. Trump has crafted a new plan that addresses this very issue. He is pushing the death penalty for a particular group of scum.

In other words, his new plan will have them shaking in their boots.

The Trump administration’s plan to fight the opioid addiction crisis is in the last stages of finalization, and is expected to include a push for the death penalty for drug dealers in certain situations.

The administration will call for the death penalty as an option in “certain cases where opioid, including Fentanyl-related, drug dealing and trafficking are directly responsible for death,” Politico reported, citing language circulating the White House the past week…

“For the first time since the campaign, the President and First Lady will be traveling to New Hampshire on Monday to further enforce the administration’s commitment to combatting the opioid crisis,” said Lindsay Walters, deputy White House press secretary, in a statement to the Washington Examiner…

The plan would also make it easier to invoke mandatory minimum for sentencing drug traffickers who knowingly are distributing illegal opioids that can be lethal.

President Trump made the opioid crisis a top priority of his administration. Billions of dollars are lost to drug addiction in this country every year. Americans die by the thousands, due to opioid abuse. Big pharmaceuticals actually benefit from this situation.

Americans get hooked on prescription drugs after a medical procedure. When the prescription runs out, they buy the drugs from dealers. These dealers thrive off of a broken system. Hospitals and doctors push these drugs. People get hooked. Many die. It must come to an end.

Trump is pushing the strictest penalty for dealers. That’s no surprise. These scumbags know they are helping people kill themselves. Opioids are powerful and can cause massive damage to vital organs. Drug dealers—be they crooks on the street or behind desks—don’t care. They only want to rake in the cash.

Hopefully, this crisis will be won sooner rather than later.