Trending //
Turn Off Ads On Site My Account
Democrat Leader Insults Navy SEALs, But Trump’s Own SEAL Scorches Him For It 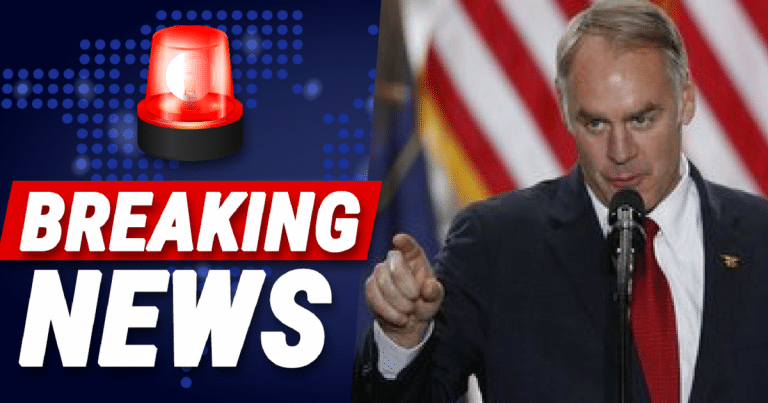 Many Americans know that Democrats dislike the military. Our Armed Forces were reduced to a laughing stock under Barack Obama. It seems like Liberals want to leave America militarily weak.

Democrats have little respect for the men and women who serve our country, and on top of that, treat them like dirt once they transition from soldier to veteran.

So does it surprise you that a Democratic representative from Arizona took a swipe at the Navy Seals? But never fear, President Trump’s Department of Interior head Ryan Zinke wouldn’t stand for it. His response is brilliant.

Arizona representative and former Marine Ruben Gallego took a jab at the Navy SEALs’ intelligence during a congressional hearing on Thursday. [Interior Secretary Ryan] Zinke, a former Navy SEAL, was quick to fire back at Gallego…

“Secretary Zinke, I’m asking for just the number — I know you’re a Navy SEAL, and math might be difficult,” Gallego said. “You know, give me a rough number here.”

“What is specifically your question?” Zinke said in the hearing on the Interior Department’s budget.

“And I take offense about your derogatory comment about the United States Navy SEALs, of course; having not served, you probably don’t know,” Zinke said. “Not in the Navy and not in the Navy SEALs.”

Ouch, that’s a real scorcher. How could anyone in government insult our troops, like that? It shows you how ugly Democrats can get. Gallego hoped to rattle Zinke’s cage while discussing a relatively minor issue. That’s how petty Democrats can be.

Zinke seemed to take the insult on the chin, like a true champ. He was willing to write it off as a stupid joke. But not Republicans on the House Natural Resources Committee. They went for Gallego’s throat.

The committee spokeswoman said, “Nothing to joke about here. Navy Seals who are at this very moment in harm’s way are defending his right to sit there and be snide.”

Those are some strong words. Proof that Democrats cannot shoot their mouths off like they used to. They are going to be called on it, whenever they take cheap shots.

You have to wonder the idiocy of insulting the Navy Seals. Remember, these were the bad asses who took down Osama bin Laden. And this guy is going to call them stupid?

But when has a Democrat ever thought anything through?