Trending //
Turn Off Ads On Site My Account
Democrat Governor Preys On America’s Senior Citizens, Until Republicans Stop Him 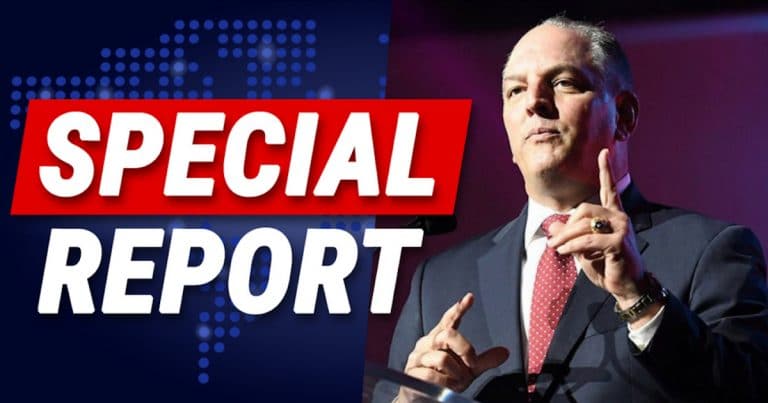 Liberals are notorious for manipulating people’s emotions in order to get their agenda rammed through.

According to Democrats, you’re a racist bigot if you’re against sanctuary cities, and if you aren’t in favor of the Paris Climate Accord, you want the planet to die.

This guilt trip tactic hasn’t been as effective in recent years, though, because people are becoming increasingly aware that it’s okay to have nuanced opinions.

Having a stance that doesn’t conform to liberal groupthink doesn’t make someone a bad person. But to the intolerant left, every issue is black and white, and if you’re not on their side, you’re evil.

And liberals will continue to stoop as low as possible to in order to distort the truth to suit their needs. One Democratic Governor recently proved this point in a big way.

Doesn’t get much lower than this; via The Daily Caller:

The Edwards administration sent the ominous notices in response to a balanced budget Republicans in Louisiana’s House advanced in April, which slashed state Medicaid funding.

Republicans reacted furiously, saying Edwards was interfering with the budget process and using the sick and elderly as political pawns.”

The letters were sent to 37,000 Louisiana residents, who took them at face-value and believed they were about to be homeless.

The liberal media were quick to report on these letters as absolute fact as well, running headlines like, “Tens of thousands of Louisiana residents could face eviction from nursing and group homes.”

Republican lawmakers insist this is not the case, and that Governor Edwards is employing typical liberal scare tactics.

Lawmakers are stuck between a rock and a hard place, and can either slash spending or raise taxes to make up for their significant debt.

But Edwards only seeks to add even more debt to the state, and wants a $3 billion Medicaid expansion: this is why he’s attempting to outrage the public through this political stunt, because according to Republican lawmakers, his “pet project” is at stake.

The furor this whole situation has caused forced the Louisiana Senate’s finance committee to place $12 billion in the state department of health, but the budget proposal also slashes spending by 25{75726800c12fe2ebed14402fd98444a61f7eda42751f92330bc58faf20bd8821} in many other state departments.