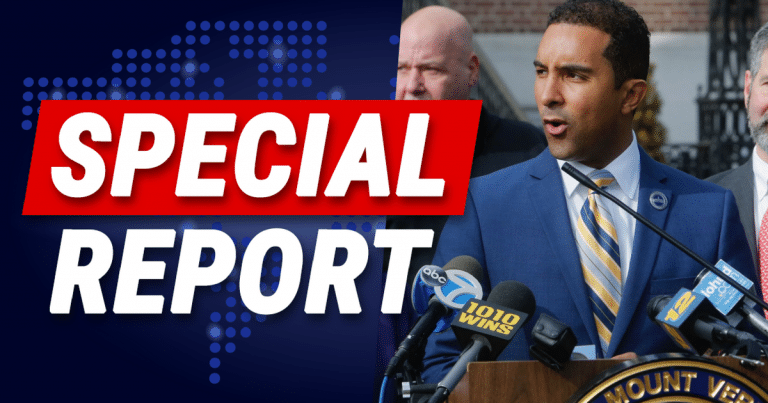 Democrats love to say how they are the party for the compassionate, raising taxes and campaign funds to help “the little guy.”

When they’re not playing the saddest little song on the smallest violin for welfare queens and illegal criminals, they’re using their stranglehold on the media, Hollywood, and colleges to brainwash the next generation into being obedient Democratic sheeple.

But at their core, the left are greedy hypocrites, who steal from the rich and the poor to give to themselves. And boy, do we have an example of this for you today!

One Democratic mayor in New York appears to be following in the footsteps of his fellow Liberal friends and is turning contributions made in good faith into his own personal slush fund.

Just take a look at what this slick snake oil salesman was caught doing with his campaign funds. It is sickening.

From The Journal News:

Mayor Richard Thomas was arrested Monday, accused of stealing more than $12,000 from his political campaign and diverting more than $45,000 from his inaugural committee in what the state Attorney General’s Office called a wide-ranging scheme to use those funds as his “personal piggybanks.”

The 35-year-old Democrat is accused of using Friends of Richard Thomas and the Richard Thomas Inaugural Committee to pay for such personal expenses as rent on his home, car insurance, a family vacation to Mexico, even a $2,000 Chanel purse.

For his part, Thompson is using a defense right out of Hillary Clinton’s playbook and is feigning ignorance. His lawyer claims that this is all just a big misunderstanding, stating, “We intend to vigorously defend this and our position is that the mayor did nothing wrong criminally. He never intended to in any way to violate the law. It doesn’t mean mistakes are not sometimes made.”

Yes, mistakes are sometimes made, but they usually don’t involve funneling thousands of dollars to yourself. I guess Thompson only accidentally bought that Chanel purse and that trip to Mexico.

Intentional or not, Thompson was brought before a court to face criminal charges, including third-degree grand larceny.

If convicted of this felony, he will be removed from office, which will be music to the ears of the Republicans of Mount Vernon.

Let’s hope in the next mayoral election, voters smarten up and vote for a mayor that doesn’t treat his or her campaign funds as their own.