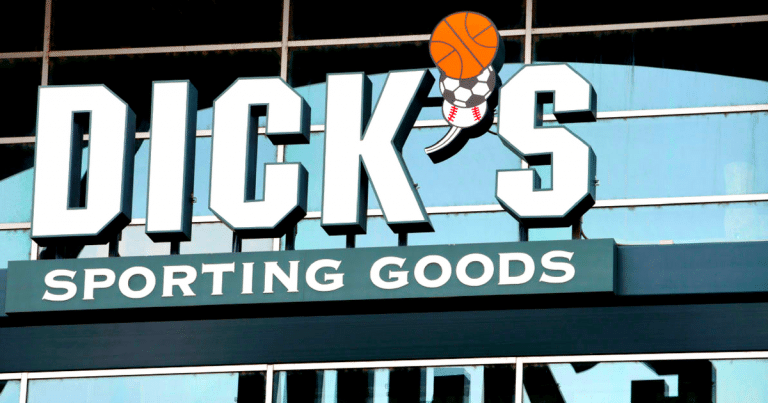 Dick’s Sporting Goods appears to be living up to its name.

In an emotionally charged move that will appease no one but the far left, the chain announced that they would no longer be selling firearms to those under the age of 21.

Dick’s CEO Ed Stack stated that he was “disturbed and saddened” by the Parkland shooting and “felt we really needed to do something.”

For two 20-year old employees of Dick’s Sporting Goods, this melodramatic decision by Stack was too much to take.

Alexander DeGarmo, who sold guns in the store until he resigned Friday, said he had no problem with Dick’s or CEO Edward Stack until the new directive was sent out in the wake of the shooting at Marjory Stoneman Douglas High School in Parkland, Florida, in mid-February.

In his resignation letter, which he posted to Facebook, DeGarmo called the new restrictions “morally and constitutionally wrong” because it “infringe[s] upon the rights” of law-abiding citizens.

He said he refuses to work for a company that “pushes for the restriction of the Second Amendment.”

I turned in my letter of resignation at Dick's Sporting Goods today. I firmly believe in standing by your beliefs wholeheartedly. Do not let others push you into giving up your rights.

Degarmo’s coworker Griffin McCullar also resigned in protest, posting to Facebook his resignation letter, along with a picture of himself hunting. His letter, in part, stated, “I refuse to be a part of a corporation with these liberal policies.”

Indeed, these liberal policies are counterproductive, and merely provide an opportunity for the left to grandstand. Do liberals honestly believe that these measures will address the underlying causes of mass shootings, or prevent future occurrences?

Of course, they don’t. Some of the worst mass shooters in history have been over the age of 21, including Stephen Paddock, Omar Mateen, and James Holmes.

This move by Dick’s Sporting Goods is just a stepping stone to what liberals truly want; an outright ban on any American owning guns.

It’s not only employees that are taking notice of these attempts to infringe on the second amendment. Rep. Thomas Massie of Kentucky tweeted, “Why should a 20yr old single mom be denied the right to defend herself and her kids? We should lower the age to buy a handgun to 18, instead of raising the age to buy an AR15. SAD!”

Will you be boycotting Dick’s Sporting Goods as a result of this new policy? Let us know in the comments below.