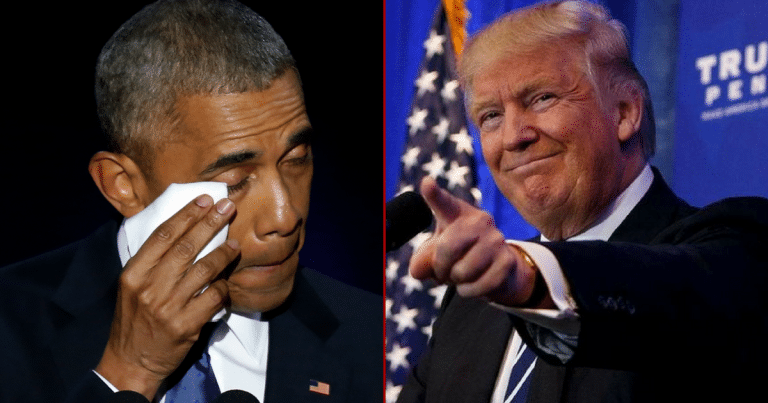 When former President Barack Obama took office, he had a singular vision in mind for his presidency: create as many ‘legacies’ as possible.

His goal was not to help further the American dream. Instead, his goal was to push and form as many blockbuster policy changes as he could in order to be remembered by them. So that future generations could look upon the Obama administration with awe and reverence.

But the problem? All of Barack’s changes ended up sending America down a horrible path of government dependence. So Americans put their foot down in 2016 and put a new man in charge.

Enter Donald Trump. In a little of a year’s time in office, President Trump has been able to crush many Obama awful policies, with the help of Congress.

Now, The Donald has just delivered Americans with the best news that we haven’t heard in six years. Barack’s most devastating policy has been disintegrated. Sorry, not sorry, Obama!

This reflects an improving economy and falling unemployment, according to a U.S. Agriculture Department report.

An average of 42.2 million Americans participated in the Supplemental Nutrition Assistance Program program in 2017, which is an 11 percent decrease from 2013, when a record number of people used food stamps, according to USDA.

Isn’t it amazing what President Trump has been able to accomplish in one year? We’re at a six-year low of food stamp recipients, which means that Americans are now saving a bundle of taxpayer dollars.

The Obama administration allowed states to waive work requirements for food stamps as part of the 2009 stimulus package.

The number of childless adults on food stamps doubled after that rule change.

This really hits at the heart of the welfare problem. Once a person on welfare is offered the dignity of a job, that person’s life is changed for the better. A job creates energy, growth, and the freedom from government dependence. And once a person realizes that they can live off of their own job instead of the government, the entire dependent attitude changes. Now, they’re as independent as their Founding Fathers. And that is a wonderful thing to see.

It is clear that President Trump is on the right path to giving welfare Americans the right chances to gain independence.