Trending //
Turn Off Ads On Site My Account
Democrat House Strips Elderly, Sick Hawaiians Of Their Most Basic Constitutional Right 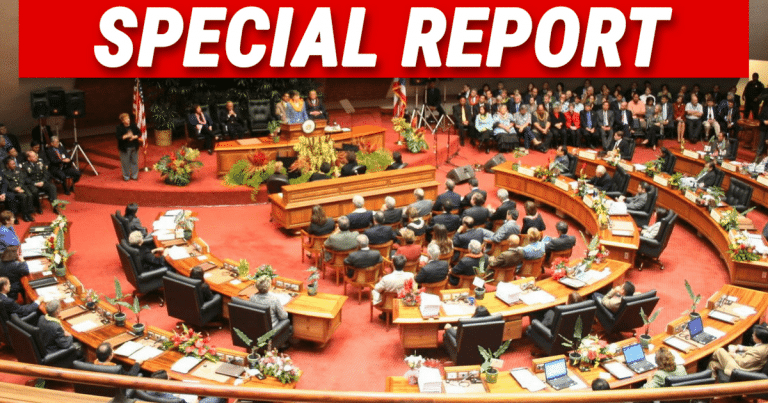 “We hold these truths to be sacred and undeniable; that all men are created equal and independent, that from that equal creation they derive rights inherent and inalienable, among which are the preservation of life, and liberty, and the pursuit of happiness.”

Thomas Jefferson penned these words in the Declaration of Independence over two-hundred years ago, but sadly these words lose significance with each passing year.

In particular, our culture increasingly appears to disregard the sanctity of the Founders’ Declaration and U.S. Constitution.

In the past 100 years or so, we have been told that these valuable documents that hold our truest rights are actually out-dated and that we need to make them more aligned with our current times and current (liberal) beliefs.

Because of this awful progressive idea, Hawaiians have now been stripped of their most basic constitutional right, thanks to their heavily Democratic House of Representatives.

The Hawaii House of Representatives passed a bill legalizing physician-assisted suicide in the state Tuesday, moving Hawaii one step closer to a short list of states that allow doctors to legally help patients kill themselves.

HB 2739 — passed by the House Tuesday and received by the Senate Thursday — is also known as the “Death With Dignity” Act and allows terminally ill patients older than 18 to request a fatal dosage of medication.

The act determines a person as terminally ill if they are not expected to live more than six months. The bill claims patients who want to kill themselves with medication have to make an oral request for the drug, a written request, and a second oral request to confirm they have not changed their mind about the decision to kill themselves.

Many of these patients were elderly, and doctors, sometimes nurses, were allowed to make the final call on administering life-ending drugs to these suffering patients, without the patient’s verbal consent. This makes sense from an economic standpoint. When a country has socialized medicine, assisted suicide helps reduce treatment costs. But from a moral standpoint, assisted suicide makes no sense at all.

No one wants to see their fellow man suffer, but euthanasia is not the answer, especially when the government is involved in the process.

In short, this bill is, in fact, creating death panels instead of creating end of life dignity. We can hope that the Hawaii Senate has more sense and kills this bill immediately. For the sake of the life of all Hawaiians.