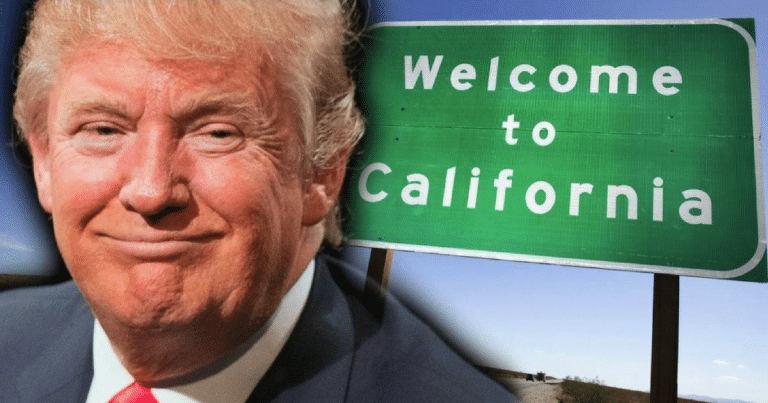 Ah, yes, California. When are we ever not talking about this state’s business-hating government?

It’s bad enough that liberal California lawmakers do everything in their power to put Americans last. They protect illegal aliens at the risk of citizens. Their high taxes and disastrous policies have driven many Americans to flee. But when it comes to how they treat businesses, California liberals are in a class by themselves, of incompetence.

You might now about efforts to force a minimum wage hike. That terrible policy has resulted in hundreds of businesses shutting down. Many more laid off staff and found replacements—with computers. Once again, liberals are hurting American workers.

But perhaps the biggest waste of California’s time and money has been in their attack on this major industry. Citing “climate change” a series of lawsuits aimed to cripple oil companies.

The good news? At least one federal judge was smart enough to throw these suits out.

A federal judge Monday tossed out two groundbreaking lawsuits by San Francisco and Oakland that sought to hold some of the world’s largest oil companies liable for climate change.

In an exhaustive, 16-page ruling that touched on such scientific matters as the ice age and early observations of carbon dioxide, U.S. District Judge William Alsup acknowledged the problem of a warming planet but said it is just too big for the courts to solve.

The cities are trying to get five oil and gas giants, including Bay Area-based Chevron, to help cover the costs of dealing with sea-level rise, like picking up the tab for seawalls. However, Alsup, noting that Congress and the White House, not the judiciary, are responsible for addressing the fallout from fossil fuels, granted the industry’s request to dismiss the suits.

Climate change has been a scam from the very beginning. Socialist Democrats have used it as an excuse to punish private businesses. Their real goal is to take over all industries, one bogus lawsuit at a time.

Democrats hate private wealth (that isn’t their own). They attack companies like they are evil. Companies, by the way, that provide goods, services, and jobs to Americans. The socialist agenda is to give the government power over everything. That includes our land, wealth, and industries. Oh, and personal liberties go with it.

But in this case, the liberals went too far. Their obnoxious lawsuits tried to blame oil companies for events dating back to the Ice Age. Their arrogance caused them to put millions of years of global changes on the backs of companies. This federal judge saw right through.

This is a win for every American who values common sense. But don’t be fooled. The left will try again. They will not stop until they have crushed American ingenuity, freedom, and prosperity.

Unless, of course, we vote them out.