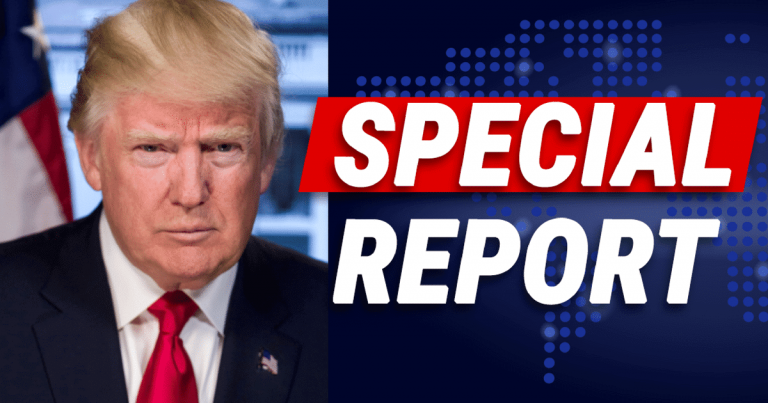 The failure of the FBI to prosecute Hillary Clinton left many shocked and angry. There was clear evidence that Clinton violated the law, but because she didn’t act “with criminal intent”, Comey let her off the hook.

Many believed that Comey, and many other FBI agents leading the Clinton investigation, were politically biased and their decisions were based on the fact that they thought Clinton was going to be the next President.

This belief appeared to be corroborated by recent revelations concerning FBI agent Peter Strzok. The head of the Clinton and Russia investigations texted his lover Lisa Page, who worked for the FBI as a lawyer, “we’ll stop” Trump from becoming president.

Now it appears that Strzok was far from the only FBI agent with anti-Trump bias, and the whole bureau may be in need of a good swamp draining.

The Justice Department inspector general has referred five FBI employees for investigation in connection with politically charged texts, revealing in its report on the Hillary Clinton email case that more bureau officials than previously thought were exchanging anti-Trump messages.

The long-awaited report largely dealt with the Justice Department and FBI’s handling of the Clinton case but uncovered numerous messages that “appeared to mix political opinion with discussions about the MYE investigation.”

Among those messages were references to Trump supporters as “retarded”, “sad” and “pathetic.

An agent referred to as Agent 1 in the report sent this text to a fellow agent: “I find anyone who enjoys [this job] an absolute f—ing idiot. If you don’t think so, ask them one more question. Who are you voting for? I guarantee you it will be Donald Drumpf,” Agent 1 sent.

“I forgot about drumpf…that’s so sad and pathetic if they want to vote for him,” Agent 5 responded. “Someone who can’t answer a question. Someone who can’t be professional for even a second.”

Despite this evidence, the Inspector General is claiming that there is no way to know for sure that these “tensions and disagreements” influenced the investigation into Clinton. But the report went on to say that, “these messages cast a cloud over the FBI’s handling of the Midyear investigation and the investigation’s credibility.”

Still, the five employees are only being investigated because their messages may have violated FBI code, not because the agents were actively trying to help Clinton over Trump.

To suggest that the emails and messages among these FBI employees had no bearing on the objectivity of the investigation is laughable. The bias was clearly in favor of Clinton, and Clinton got away with her many crimes.