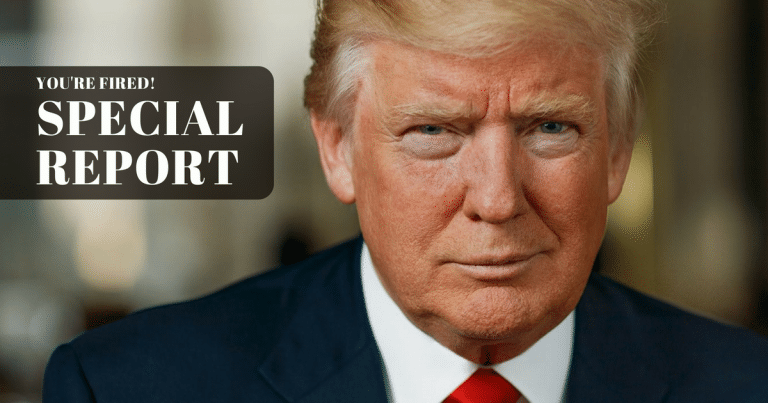 President Trump promised to drain the D.C. swamp. He’s been doing it. But boy, is there so much more to be done.

Trump committed to making a major change to one institution throughout his campaign. This body is responsible for the well-being of many Americans, many in their senior years. But these Americans had suffered due to shocking corruption and incompetence.

It appears that streak has continued to this day. Not for much longer.

Speculation over Shulkin’s fate has ramped up in recent weeks following a blistering report by VA’s internal watchdog in February that found he had improperly accepted Wimbledon tickets and his staff had doctored emails to justify his wife traveling to Europe with him at taxpayer expense.

A separate VA watchdog investigation, due out in the coming weeks, is also looking into a complaint that Shulkin asked his security detail to accompany him to a Home Depot store and cart furniture items, according to two people familiar with the allegation who requested anonymity to discuss an ongoing investigation.

The VA has a terrible track record. VA hospitals throughout the country were denying treatment to veterans. Previous VA leaders embezzled funds and produced false accounts.

President Trump vowed to look after our veterans. These men and women risked their lives to serve our country. Many of them were wounded in battle. They deserve our best. It’s a crime that the VA has let them down.

It’s unacceptable that one of Trump’s men was committing the same crimes as previous VA heads. It seems like the swamp runs deep in that organization. Major changes must take place to ensure our veterans get the help they deserve.

Numerous replacements for Shulkin have been floating around. One source close to the White House claims at least a dozen candidates are being considered. The person must be someone familiar with the challenges veterans face. But they must also be strict leaders, who can whip this agency back into shape.

Trump continues to push for expansion to veterans’ benefits, despite resistance from Congress. Why anyone in government would refuse to support our veterans is beyond our understanding. But it’s clear much more must be done to look after these men and women.