Trending //
Turn Off Ads On Site My Account
GOP Pulls the Rug Out from Nancy Pelosi – On Her Final Day, Evidence in Counter Report Shows Capitol Security Failings 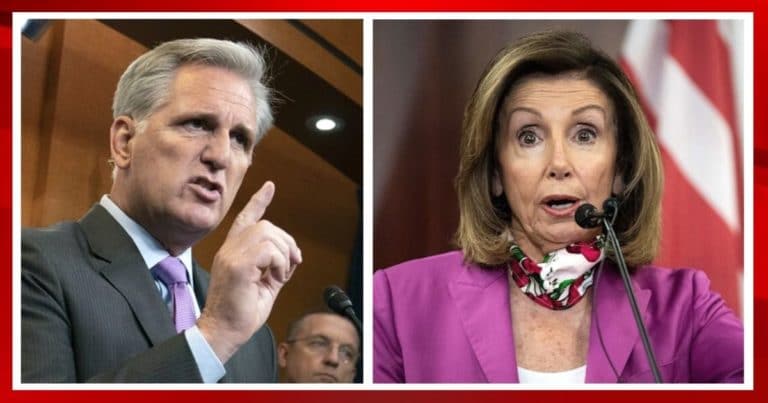 Pelosi spent her final year as House Speaker leading what appeared to be another witch hunt against former President Donald Trump. Her J6 committee spent most of its time trying to find evidence linking the events at the Capitol to 45. In the end, they stuck to their pre-determined views and recommended criminal charges against Trump.

However, Republicans had conducted their own investigations. And they did not come up with the same (clearly biased) conclusions as Pelosi and her Democrats (and a few RINOs). Now, they are releasing their report. They are turning the tables on old Nance.

From The Epoch Times:

A group of five House Republicans on a shadow committee released a report on Wednesday with key findings about security failings they say were ignored by the official Democrat-led House Jan. 6 committee…

The GOP group’s report stated that intelligence about the possibility of violence on the day was ignored by U.S. Capitol Police (USCP) owing to “internal politics and unnecessary bureaucracy” and the “misplaced priorities of their leadership.”

Republicans blasted Democrat House leadership in their report on January 6. They concluded that Democrats refused to be prepared for possible problems, even though there was evidence that something could happen on January 6.

Even though Americans have long moved on from January 6, Democrats have kept stoking the day as reason to conduct a sweeping investigation. Not to mention major changes in elections and our democracy. They have compared the day to Pearl Harbor, 9/11, and even the Civil War.

I guess they think this was a pretty serious event, huh? Then what are they going to say about Republicans’ findings that it was their fault it happened at all? Democrats, including Nancy Pelosi, knew there was the possibility of trouble. On top of that, House leadership has a responsibility to secure the Capitol grounds.

But Pelosi rejected recommendations for additional security. And reports indicate her office edited security plans, leaving the building unprotected. How are they going to respond to this? Democrats used J6 to accuse Trump and his supporters of “insurrection.” But are they going to admit their part in letting this happen?

Probably not. House Republicans, who will be taking over next year, better not let them off the hook.