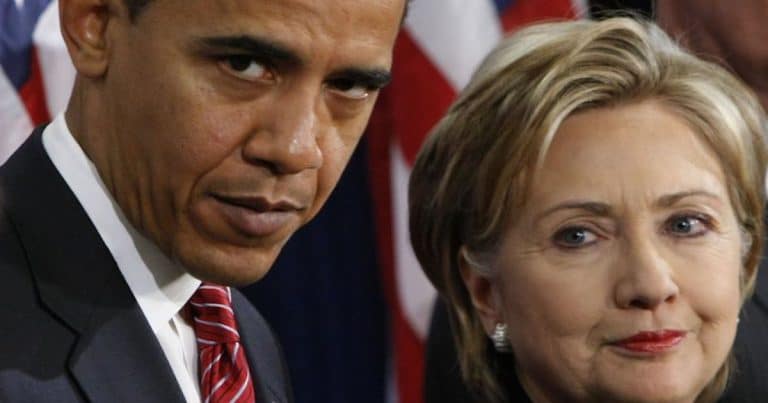 We’ve been waiting for years, haven’t we?

We’ve been waiting for someone to finally stand up and say, officially, that Hillary Clinton and Barack Obama’s Department of Justice broke the law.

We’ve been waiting for an investigation to prove what many Americans already suspect: that these two always thought they didn’t have to follow the rules.

Well, it has finally happened:

Inspector General Michael Horowitz told Congress this week that he has completed his report into the Justice Department and FBI’s 2016 email server probe, which involved then-presidential candidate Clinton.

And though the finished report hasn’t yet been made public, one source believes Horowitz will make a bombshell announcement that’ll rock Washington to its very core.

And it’s nothing short of mind-blowing:

BREAKING: IG Horowitz has found "reasonable grounds" for believing there has been a violation of federal criminal law in the FBI/DOJ's handling of the Clinton investigation/s and has referred his findings of potential criminal misconduct to Huber for possible criminal prosecution

Horowitz says he is “prepared to provide a briefing and testify publicly” about the report’s findings as soon as everything comes to light.

But thanks to Sperry, it appears the cat is already out of the bag. The report is going to really slam top DOJ officials, and that includes former Director James Comey.

Simply put, the findings are going to turn some heads, as a former Justice Department official told CNN:

“It’s not going to be good, it’s just a question of how bad it’s going to be.”

As I said above, we all knew, didn’t we?

We knew the FBI was scheming behind the scenes, trying to find a way to clear Hillary. And we all knew Obama’s team was probably well aware of everything, and helped direct the evasion proceedings.

Democrats have been dirty for years. They’ll do absolutely anything to remain in power.

But it hasn’t worked. Despite the leftist media spreading propaganda on a daily basis, the American people have grown sick and tired of the liberal regime that has decimated a once-proud country.