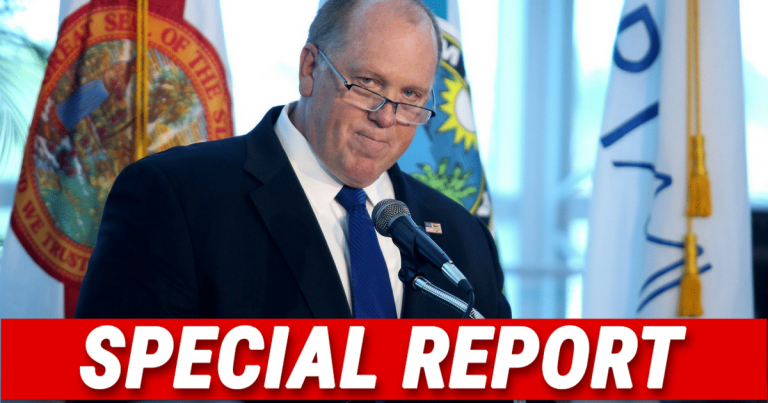 When President Trump talks about deporting illegals, he means the worst of the worst. These aren’t friendly, hard-working folks. These are rapists, drug dealers, and murderers. They insult our laws and harm numerous Americans.

It makes it even more shocking that Democrats actually want to help them, over citizens. Sanctuary cities put illegals before Americans. They actually reward criminals.

Unfortunately, the trend continues. ICE is saying over 800 criminal aliens escaped their net, thanks to the reckless words of one mayor.

More than 850 illegal immigrants managed to elude deportation officers conducting operations in Northern California this week, and the head of the deportation force on Tuesday blamed Oakland Mayor Libby Schaaf for helping some of them escape.

More than 150 migrants were nabbed in the operations, according to U.S. Immigration and Customs Enforcement. Half of them had criminal convictions, ICE said.

One of the men arrested was a 38-year-old Mexican who belongs to the Sureno gang, and who had been deported four times before, authorities said. Others had weapons, domestic violence and drunken driving convictions.

But some 864 criminals ICE was seeking remain at large in the Oakland and San Francisco region, ICE said.

Those 864 illegals aren’t Boy Scouts, my friends. They are dangerous individuals who mean you harm. They are gang members who mock our laws and way of life. Thanks to Schaaf, they are safe from ICE. And justice.

It’s outrageous that an American mayor would put the well-being of criminals ahead of Americans. But that is the Democratic Party in 2018. They don’t care about you or me. Illegal aliens and murderers? They’ll go to bat for them!

Make no mistake: those 864 criminals aren’t sleeping. They escaped ICE, only to break more laws. How many Americans in the Oakland and San Francisco area are in danger—thanks to reckless Schaaf? Who is going to die, because of her shocking betrayal?

Sadly, we won’t have to wait long to find out.