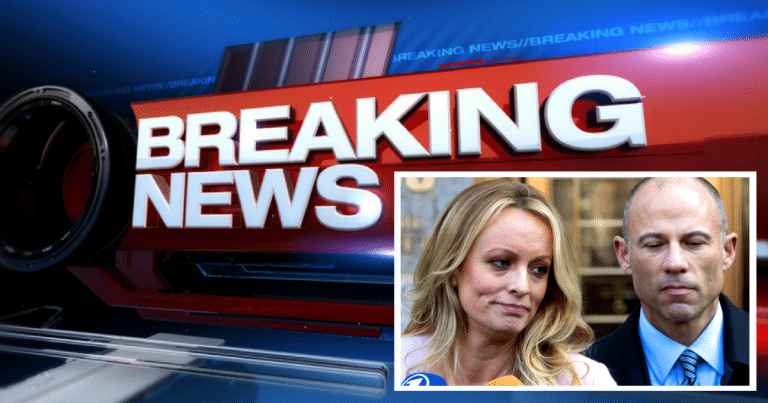 In their desperation to impeach President Trump, the Left has found some… unlikely allies.

The notoriously morally bankrupt Democrats, who made excuse after excuse for Bill Clinton’s sexually depraved behavior, are now pretending to be concerned that Trump allegedly had a tryst with Stormy Daniels over a decade ago.

But there are also many who have rightfully doubted Daniels’ story from the beginning. They believe she is only in this to see how much money she can make off of liberal outrage. It’s currently very lucrative to to be anti-Trump in the media, and Daniels is even in talks to write a tell-all book.

Most Americans sick of hearing about this fake scandal, which is proving to be just as fictitious as the Russia investigation.

Now it’s not only Stormy’s credibility that’s being called into question. The firm representing her is facing a storm of its own.

A law firm of Stormy Daniels’ attorney Michael Avenatti was hit with a $10-million judgment Tuesday in U.S. Bankruptcy Court after he broke his promise to pay $2 million to a former colleague.

Judge Catherine Bauer of U.S. Bankruptcy Court in Santa Ana ordered Eagan Avenatti to pay the $10 million to Jason Frank, a lawyer who used to work at the Newport Beach firm.

The $2 million payment owed to Frank for his work was a week past due, and Avenatti is also in hot water for failing to pay almost half a million in back taxes.

In a head-spinning display of irony, Avenatti called the media’s attention to this story, “Sensational reporting at its finest.” The fact that he said that with a straight face proves he’s a talented liar.

Avenatti waded into the court of popular opinion and decided to become a public figure by taking on the Daniels case. His character has now been judged and found wanting.

This report is very relevant information on how Avenatti conducts his business.

A leopard cannot change its spots, and if Avenatti is dishonest in business, he is likely dishonest in his professional and personal life. The Daniels saga is proving to be yet another nothingburger.