We may never know why athletes think we care about their opinions. Like actors, they seem to be under the delusion that we like them for their political views.

News flash guys: twitter is for posting pictures of cute cats and sunsets. I don’t care about what Chris Evans thinks about the President. That goes double for former NFL player Colin Kaepernick. Or Olympic skier Lindsey Vonn.

Lindsey doesn’t have the best track record when it comes to her decisions. She dumped her husband to go out with Tiger Woods. That didn’t work out too well. So, it’s not surprising to hear that she was bashing President Trump.

It’s also not surprising that, shortly thereafter, she suffered an injury.

American skiing star Lindsey Vonn has withdrawn from her Sunday events at the World Cup in Switzerland after suffering a back injury during a super-G race on Saturday.

The injury occurred two days after she criticized President Donald Trump in an interview about the upcoming Winter Olympics in South Korea. 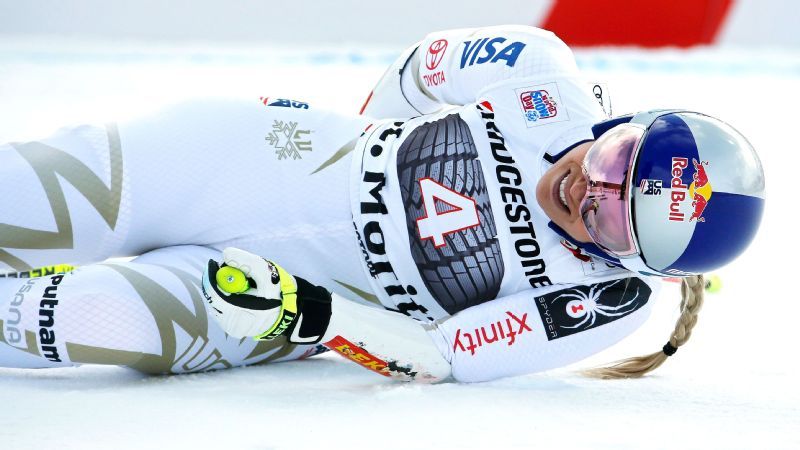 “I am extremely disappointed,” Vonn tweeted Sunday, “but my biggest goal this season is the Olympics and I need to take care of myself now so I can be ready for next week, and more importantly, for February.”

Unfortunately I will not be able to race today. I am extremely disappointed but my biggest goal this season is the Olympics and I need to take care of myself now so I can be ready for next week, and more importantly, for February. As always, thank you for the well wishes ❤️🙏🏻

…Vonn tweeted Saturday that she had suffered an “acute facet (spinal joint) dysfunction.”

…The two-time Olympic medalist told CNN in an interview that aired Thursday that she would “absolutely not” visit the White House if the United States Olympic team gets a traditional post-games invitation.

“I was asked my opinion and I gave it,” Vonn told reporters Friday. “I mean, it’s not necessarily my place to be sticking my nose in politics, but as an athlete I do have a voice.”

It’s not your place, yet you did it anyway, Lindsey. You, like so many other celebrities, think we care about your political opinion. You virtue signaled to your elitist, liberal friends. No doubt you thought that would score you some points with the media. Who cares if you alienated millions of Olympic-loving Americans, right?

Man, you know what I would give to be invited to the White House? Yet, before her invitation is given, Lindsey insults the President. Hey, Mr. Trump, I’ll take her invite.

What an odd coincidence that you suffered an injury afterwards. It’s not the first time an athlete experiences such instant karma after bashing Trump. It’s almost as if the forces of the universe don’t like it when an American athlete publicly bashes their President.

Maybe her accident wasn’t so mystical. But perhaps Lindsey should have focused on her training. Not saying things to impress the media.

That probably would have been a better use of her time.