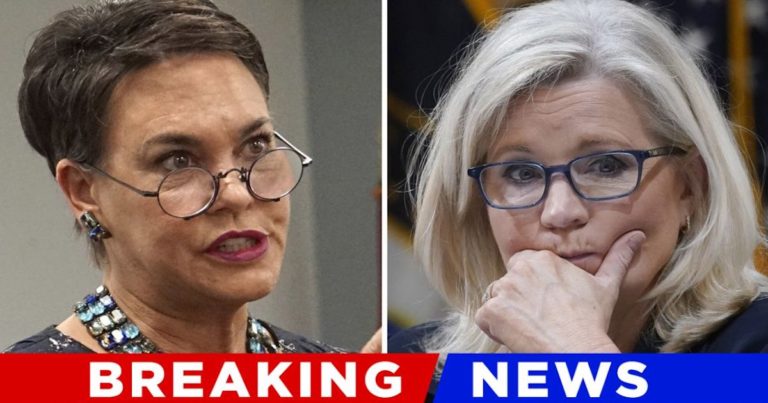 Embattled Republican Liz Cheney might lose her seat in a matter of days.

The polls haven’t been pretty but the latest survey is perhaps the most eye-opening, and now the end seems inevitable.

Cheney (R-WY) has been in the doghouse with many Republicans since refusing to back former President Donald Trump.

And when Trump officially backed Cheney’s opponent, Harriet Hageman, most said Cheney might have extreme difficulty holding onto her position. Now those predictions appear to be coming true.

The University of Wyoming Survey and Analysis Center released new results for the impending race, and they don’t paint a pretty picture for “RINO” Cheney.

WYSAC director Brian Harnish revealed that currently, Hageman is leading Cheney by 57 points among Republican voters who are likely to vote in the upcoming GOP primary.

The situation improves significantly if all voters are included, but it’s still not good news for Cheney:

Harnisch’s poll found that Hageman has maintained her lead over Cheney by about 29 points when voters of all affiliations are in the mix.

Experts say the big lead is likely more of a reflection on Cheney, rather than outright support for Hageman.

Many GOP voters have stood against Cheney due to her stances on a variety of topics, and many say she’s a lot closer to a Democrat at this point. Her anti-Trump position has hurt her popularity in the party as well.

The race for the Republican nomination appears to be a referendum on Cheney, as it usually is when an incumbent seeks re-election.

Things just haven’t gotten any better on the polling front for Cheney. Previous surveys have shown her losing by anywhere between 22 and 30 points.

Right now, most insiders and journalists are saying that Cheney has no chance of winning, despite her receiving a big chunk of donation money. She outraised Hageman by nearly 3 to 1, but it’s not helping.

At the same time, it’s important to note that within the state of Wyoming, it was Hageman who won the donation race: she got $1.2M in donations, which is four times what Cheney received, according to FEC data.

That’s the mindset many right-wing voters have right now, and that is leading to Cheney’s demise. A recent look at how Wyoming voters feel about her was also quite revealing.

In the end, it appears that nothing will stop Hageman from claiming victory, and it will likely be lauded as a huge victory for Trump supporters.