Trending //
Turn Off Ads On Site My Account
After Media Posts ‘Disgusting’ Melania Tweet, The First Lady Fires Back 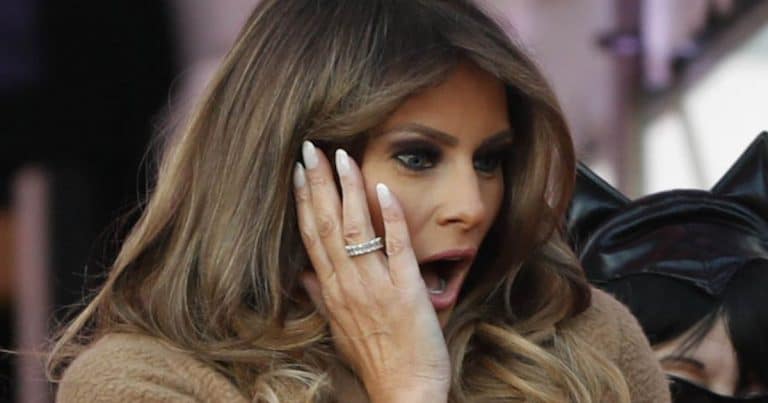 Is there anything the left won’t do to attack our President? The answer is no.

From the very first day in office, the liberal media has slandered our President. Worse than all the accusations, lies, and distortions are the attacks on his family.

No member of the Trump family is safe, as these lying scumbags in the media have gone to new depths, just to trash the man’s loved ones.

Perhaps Melania Trump is treated the worst; the glamorous, well-liked First Lady is constantly attacked by the biased media.

So-called “feminists” have mocked everything about her, and they expose their own sexism and racism when they attack her accent, intelligence, and country of origin.

But one “newsman” went to a new low. After the First Lady underwent minor surgery, she was out of the public eye for a few weeks, and the media instantly invented all sorts of rumors.

Then liberal editor David Frum completely lost his mind, when he issued a despicable hypothetical situation in the White House.

Frum went after President Trump, his personal attorney Jay Sekulow, and now former Trump attorney John Dowd in a tweet that asked whether Trump would be obstructing justice if he punched the First Lady and ordered the Secret Service to cover up the assault.

Suppose President Trump punched the First Lady in the White House (federal property = federal jurisdiction), then ordered the Secret Service to conceal the assault. POTUS has Article II authority over Secret Service. Is that obstruction? Under Sekulow/Dowd, apparently NO

Grisham told Breitbart News, ‘I think that tweet is disgusting on many different levels.’”

This is why all true Americans HATE the media. Who even thinks about this kind of stuff?

Donald Trump has been nothing but kind, caring, and loving to his entire family, especially his wife. There has been zero evidence that he’d ever hit her or anyone else.

Yet this scumbag not only assumes Trump would punch her, but that his lawyers and Secret Service agents would cover it up.

We shouldn’t be surprised, though. This is the same media who accuse Trump of incest with his daughter; they are so morally bankrupt and depraved, that nothing is off limits.

After 500 days, however, his administration is racking up a serious list of accomplishments. Nobody can deny the impact he is having around the world.

So, it’s no shock that the media is getting even uglier. They can’t handle a conservative president who is putting Americans first … the exact opposite of Obama.

It’s about time these liberal rags were put out of business for good!