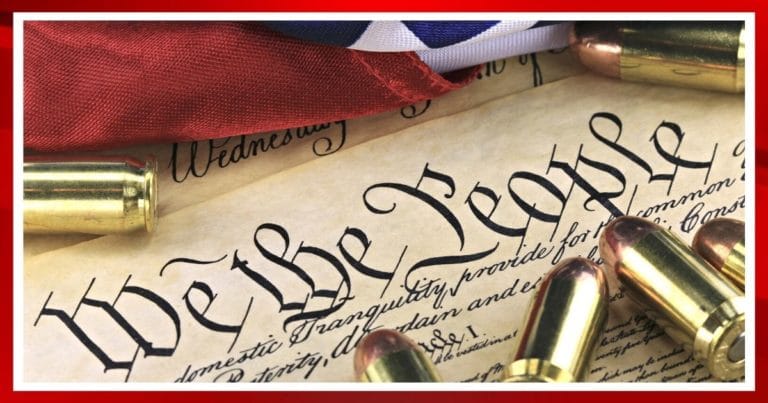 It’s no secret that the current administration is at war with law-abiding gun owners. Biden has pushed radical gun bills in Congress. When that failed, he leaned on federal agencies to do the dirty work for him.

It seems this DOJ—which just recently approved a raid on Trump’s home—tried to pressure one state to let them invade Americans’ freedoms. So, the state’s attorney general told them where they could go.

The Attorney General of Missouri, Eric Schmitt became aware last month that the FBI was contacting various sheriffs around the state, informing them to expect a visit from the FBI to inspect the department’s Concealed Carry Weapons permits…

Schmitt’s letter opens by informing Wray that Schmitt had become aware of the FBI’s intent to “audit” CCW permits at various county sheriff’s offices across the state.  Schmitt made clear that “Allowing federal agents from the FBI to have access to records of Missourians who have a permit to carry a concealed weapon violates Missouri law and infringes on our Second Amendment rights.”

This is pretty disturbing. The FBI was apparently contacting Missouri sheriffs, warning them that they would be looking at Concealed Carry Weapons permits.

That meant, the federal government was trying to access the information of every Missouri resident who had a license to conceal carry.

Why on earth would the FBI want to do that? Unless, of course, it was secretly trying to create a federal data on firearm owners?

Again and again, Democrats have tried to create such a database, so that the federal government would have tremendous power over free Americans.

And to scare Americans out of wanting to own a firearm, for fear that the government would be watching them.

When Eric Schmitt, the attorney general of the state, learned of this, he went on the warpath.

He sent a letter to the FBI’s head himself, telling him that the FBI will not have access to Missouri records.

Schmitt explained that letting the federal government have access to those records violates state law and infringes on the Second Amendment.

This isn’t even the first time a Democrat administration tried to pull this stunt on Missouri!

The state law was passed back when Obama was president, who tried to get the personal data on CCW holders.

I guess Democrats really, really want this information. I wouldn’t be surprised if they are approaching other states as well.

(If you have a conceal carry permit in a blue state, you should be worried.)

Unless Republicans push back hard on these abuses, imagine what the left would do?