Trending //
Turn Off Ads On Site My Account
MSNBC Grills Student On Guns. They Weren’t Ready For His Answer 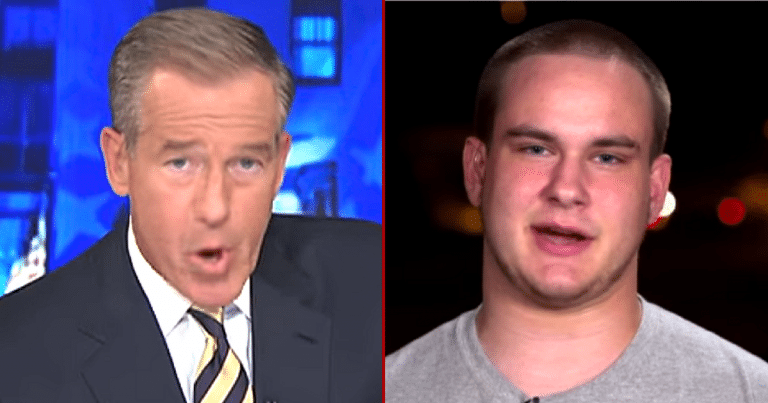 The country is still learning about the horrific events at Parkland High School. A gunman opened fire on the student body, killing 17 and injuring 14 others.

When something like this occurs, we need to stop and reflect. Law enforcement gets to work. Our community needs to band together. Families must find hope and solace, despite their loss. What does the media do? They get political.

Almost at once the hacks in the liberal media pushed the gun control angle. They conveniently ignored the fact that the school was a gun-free zone. But when they tried to grill a few of the students, their answer puts the media to shame.

From Louder With Crowder:

It would be nice if we were allowed a chance to think and reflect, but that’s not the world we live in. Instead it’s, “Sorry you were shot at, but can you tell us your political opinion? Bonus points if it’s the opinion I want you to have.” Like Brian Williams asking these students what they would do if they were elected officials.

I don’t think Williams was expecting their answer.

Gun-wise, I don’t think there’s any way to prevent it. You outlaw guns, it just creates higher demand for it. I think it has to do with mental health, though. If he’s been expelled three different times from three different schools, I think he should be helped out.

Details have emerged over the identity of the shooter. It appears the young man had a history of problems. Students who knew him were aware of his dangerous behavior. Yet nobody in a leadership role did anything about it.

This young student echoes Trump’s comments about mental health. That’s the real issue: confronting and helping those who are afflicted. If we pay attention to the warning signs, we can prevent these kinds of tragedies.

What do liberals want? To deprive citizens of their Constitutional rights. They are willfully blind to the fact that gun laws don’t stop gun violence. Gun free zones are the most dangerous places in America; because law abiding citizens cannot protect themselves.