Trending //
Turn Off Ads On Site My Account
Nancy Pelosi Just Doomed Her Own Party in Midterms – She Brags That Every Single Democrat Voted to Raise Taxes, Aggravate Inflation 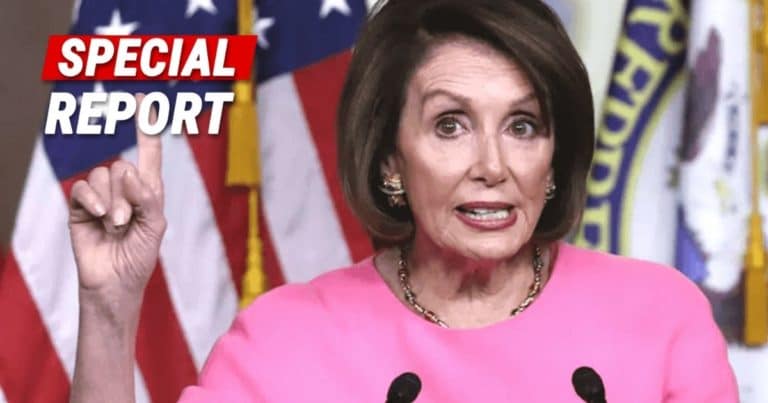 Democrats in both the House and Senate rushed to pass Biden’s latest tax and spending bill.

So, good old Nance claimed this bill was to help “Mother Earth.”

CRAZY NANCY: “Mother Earth gets angry from time to time, and this legislation will help us address all of that.”

CRAZY NANCY:  “Mother Earth gets angry from time to time, and this legislation will help us address all of that.”

Ah, Nancy, keeping it crazy. And then, she doomed her whole party by saying “every Democrat” voted for a bill that will raise taxes and make inflation worse.

Democrat Speaker Nancy Pelosi bragged that every single Democrat in Congress voted to raise taxes and make inflation worse, during a bill enrollment ceremony for the Inflation Reduction Act on 8/13/2022.

Nancy Pelosi made the bold statement that every Democrat in Congress voted for Biden’s tax and spending bill.

That means, when taxes go up, inflation gets worse, people are laid off, and families can’t pay bills—we all know who to blame.

Even progressives like Bernie Sanders and AOC voted for this bill—after complaining that it does nothing to tax billionaires.

Sanders even said it would do nothing to help inflation, nor lower healthcare costs. Despite that, every last “socialist” in Congress voted for this bill.

Many economists pointed out that increased taxes and government spending will not help inflation. In fact, measures in this bill will increase costs and result in fewer jobs.

Businesses will be forced to fire workers and move their jobs overseas. Americans will have less money in their pockets since higher taxes will cut down their salaries.

Yet Democrats claim this is a victory? In what universe?

In reality, they rushed to pass this bill because it will put more money in their “green” allies’ pockets.

Democrats passed a bill that enriches the ruling liberal elite, including themselves, at the cost of American workers.

And Nancy is even bragging about it!