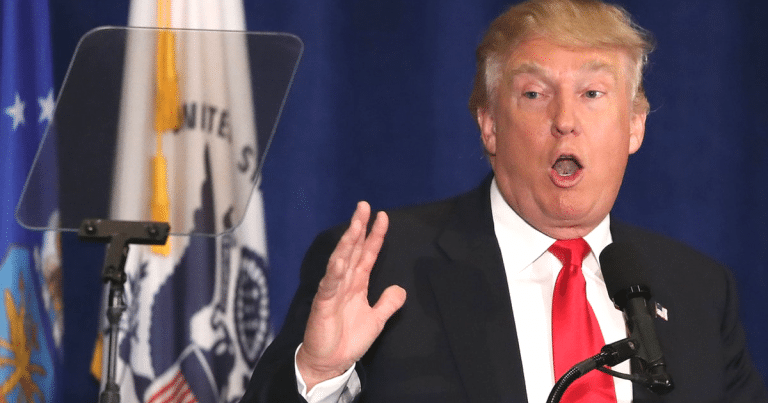 The mainstream media is completely dedicated to advancing the most anti-Trump narrative humanly possible. But it looks like they may be about to start regretting that decision.

Because, while that strategy works quite well in attracting those that exist in the liberal echo chamber, those that can think for themselves have tuned out in droves.

And the effects of that are beginning to resonate at one major network. Western Journal shares the details.

Despite raking in some of the highest revenues and ratings in its history, cable news giant CNN has announced plans to lay off dozens of employees.

According to Vanity Fair, The Cable News Network’s “daily rapture of the Donald Trump White House,” is credited for the increase in profits, known as “The Trump Bump.”

However, it would seem that even a ratings bump, isn’t enough to withstand the encroaching field of online media.

While CNN may have seen somewhat of a spike in interest in the Trump era, that doesn’t tell the whole story.

The network has seriously missed the boat by alienating an enormous swath of viewers that are completely turned off by the rampant bias that’s displayed by its on-air and print talent on a daily basis.

The natural surge in interest related to the Trump presidency could have led to a serious boom time for the network. Instead, the network – and more importantly, its employees – are paying for the strategy laid out by network brass.

The Network confirmed that cuts would be made in the digital departments, according to The Wrap.

Although, Vanity Fair originally reported that as many as 50 jobs were on the line.

CNN has reported that the scheduled cuts are part of “restructuring,” meaning some employees would move to new roles.

CNN could easily right the ship by offering up some more balance to its coverage, but the network won’t do that.

The network is all-in on portraying Trump as if he were some kind of villain, and it’s quite obvious that the powers that be have no interest in changing.

This round of layoffs is a clear sign of troubles at the formerly reputable outlet, and it won’t be long before more kinks are found inside of the giant spin machine.