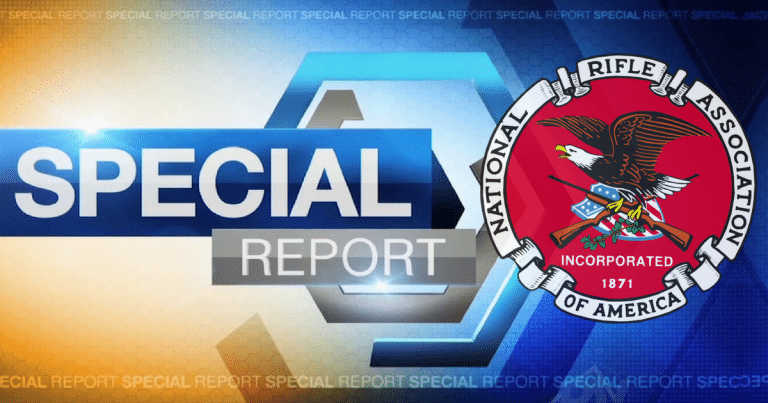 David Hogg must be weeping bitter tears. The high school student turned activist, along with several others, used his experience from the Parkland shooting to push gun control. Naturally, he blamed the NRA for all the shooting crimes ever committed in the United States.

Gun control advocates pushed even harder against the National Rifle Association. Even though its mission is to protect Americans’ Second Amendment rights, the left brands them as villains.

Funny how that is. Democrats funnel billions of dollars into Planned Parenthood—a group that kills babies. But a group that inspires Americans and saves lives like the NRA? Yeah, liberals hate them.

They’ve got more reasons to be upset. The NRA just announced their new President. This man will help buoy the organization, in the face of heated opposition from the left.

And he just so happens to be an American hero.

National Rifle Association CEO Wayne LaPierre announced in Dallas on Monday that the NRA’s board of directors elected the iconic Lt. Col. Oliver North as the new president of the NRA, making him partners with LaPierre and Chris Cox to lead the oldest and largest civil rights organization in the United States…

“This is the most exciting news for NRA members since Charlton Heston became president of our association,” said LaPierre. “Oliver North is a legendary warrior for American freedom, a gifted communicator and skilled leader…”

“I am honored to have been selected by the NRA board to soon serve as this great organization’s president,” said North. “I appreciate the board initiating a process that affords me a few weeks to set my affairs in order, and I am eager to hit the ground running as the new NRA president.”

Oliver North is a retired Marine Corps Lieutenant Colonel. Until recently, he was a regular contributor to Fox News. Now he will have the honor of defending America’s Second Amendment rights.

This all comes after months of intense pressure from liberals. These con artists tried to use a tragedy like the Parkland shooting to attack our Constitutional rights. They exploited dead children to erode the Bill of Rights. Think on that.

But after all the marching, protesting, and lies, the NRA is doing well. Very well, in fact. They’ve seen a record number of new members. Contributions to the organization are at an all-time high. And now they’ve just appointed a former Marine to their highest position.

All this, largely thanks to the attacks from the left. Americans were outraged that liberals would try to attack their rights and a group that aids them. They feared the commies would stop out our Second Amendment and the largest group that defends it. So they fought back, giving the NRA unprecedented support.

Don’t be fooled, however. The left isn’t done going after your rights. The mid-term elections are coming up. Democrats are campaigning hard on gun control. If more are elected to local office and to Congress, you better believe your gun rights will be at risk. Liberals will push until precious few of us can even own firearms.

The better for them to control us.