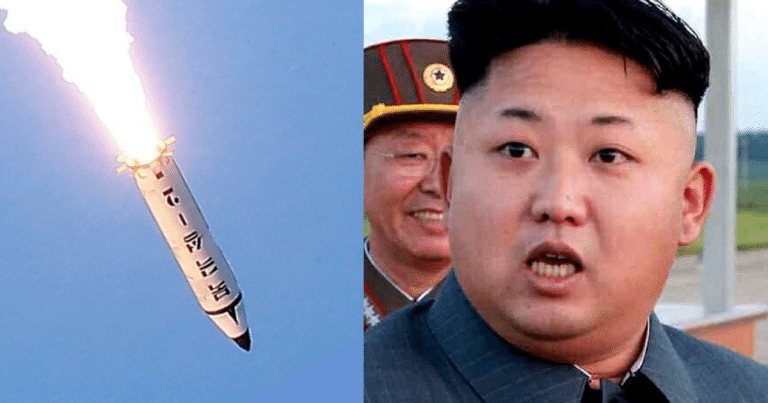 North Korea is becoming a daily problem. The rogue nation won’t rest until it drags the world into conflict. It’s dictator, the fat Kim Jong-un, promised to destroy America and our allies. Their aggressive missile testing is hurting more than its enemies.

The people of North Korea suffer. That’s one of the biggest tragedies of the corrupt regime. Kim Jong-un pushes for better weapons. Meanwhile, his people starve. Even soldiers are malnourished and sick. What can be said of the civilians?

Now we are learning that Un’s insane weapons program is hurting his own people. A missile test earlier in 2017 costed significant damage to a North Korea city.

An intermediate-range missile launched by North Korea last April crashed into a town near Pyongyang, possibly causing an explosion and casualties, The Diplomat reported on Wednesday.

The IRBM was launched April 28, 2017 near Pukchang Airfield in South Pyongan Province and was the third in a series of failed launches that month, the report said.

The missile crashed into the city of Tokchun after one minute of powered flight, the report said. The explosion caused “considerable damage to a complex of industrial or agricultural buildings,” the report said, citing a U.S. government source with knowledge of the program.

The secretive regime makes it nearly impossible to determine the extent of damages. The online magazine theorized that if the missile hit a populated city, the result could have been catastrophic…

North Korea has repeatedly launched missile tests in defiance of U.N. sanctions throughout 2017. When the missiles are launched, they are not accompanied with any formal warning or notice, leaving neighboring countries and the United States left to interpret Pyongyang’s intentions.

Kim Jong-un is an incompetent, corrupt dictator. He clearly does not care about the welfare of his people. He gets (or stays) fat, while they starve. Whatever resources the country owns get wasted on missile programs. Now we know that vital structures are being damaged.

What will it take to bring North Korea in check? Its citizens are in need. Sanctions meant to punish the government hurt the people as well. Meanwhile, a black market from China ensures that only the wealthy get what they need.

Things will have to change soon. Either Kim Jong-un will attack or the people will revolt. Un will force America and the international community to act. Or his people will revolt, much the way Iran’s people are. The terrible conditions cannot last forever.

Let’s hope things will change soon, for the better.