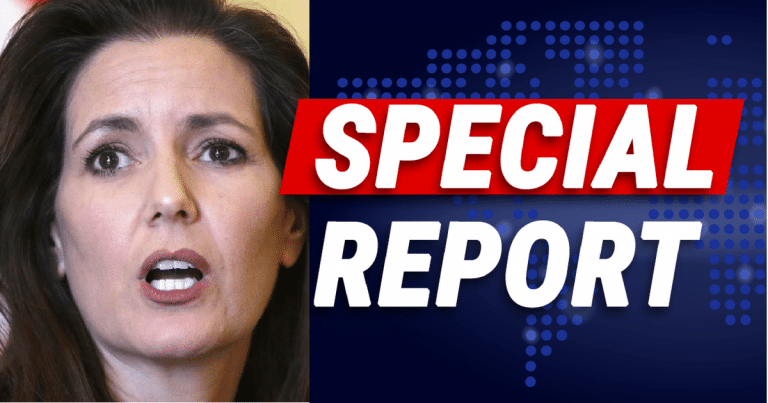 Among all the half-wits on the left, California leaders might be the dumbest.

Much of America was shocked when we learned that the mayor of Oakland, Libby Schaaf, tipped off illegals. A carefully-planned raid by ICE was in the works. If successful, it would have apprehended numerous illegal aliens. That includes drug dealers, criminals, and other dangerous people.

This democrat chose to put illegal aliens ahead of American citizens. She prioritized their well-being above our own. Not to mention how she obstructed a law enforcement operation.

At a recent meeting, Trump put Jeff Sessions on the spot. He demanded justice be done.

During the White House roundtable on illegal immigration today, President Trump turned to Attorney General Sessions and asked him to look into possibly charging that idiot mayor of Oakland for interfering with the enforcement of federal immigration law.

With AG Jeff Sessions in the room, Trump accuses the mayor of Oakland of "obstruction of justice," asks the DOJ to investigate pic.twitter.com/WTDHo6HKdx

At least according to this dude, Sessions didn’t seem to be really into it:

We know that Trump is pretty frustrated by impediments to implementing his illegal alien policies – that’s what he was screaming about with the Homeland Security Secretary. I know Texas has been looking into charging public officials for not following federal immigration law guidelines. You can bet there will be a lot of hollering about dictators if Sessions goes through with this.

Sessions hasn’t had a great track record as of late. Almost on a daily basis, we learn about some shady thing a democrat’s done. More and more we learn how Obama abused his power. Or how Hillary Clinton manipulated laws to get her way. But where are the investigations?

With each passing day Americans are told that, if you’re a Democrat, you can get away with breaking the law. The Department of Justice won’t do anything about it! Meanwhile, we have to put up with Mueller’s bogus witch hunt against the President.

Hey, Jeff, are you doing anything to help the President?

If Jeff launched an investigation into Mayor Schaaf’s actions, that would be a step in the right direction. For too long Democrats have gotten away with everything. They have insulted our people, traditions, and laws. Democrats are putting illegal aliens ahead of American citizens. Why should they get away with this?

Schaaf must be investigated for her actions. If it were a Republican, you know the left would be demanding their head. She interfered with a raid and let criminals go free. Justice must be served.