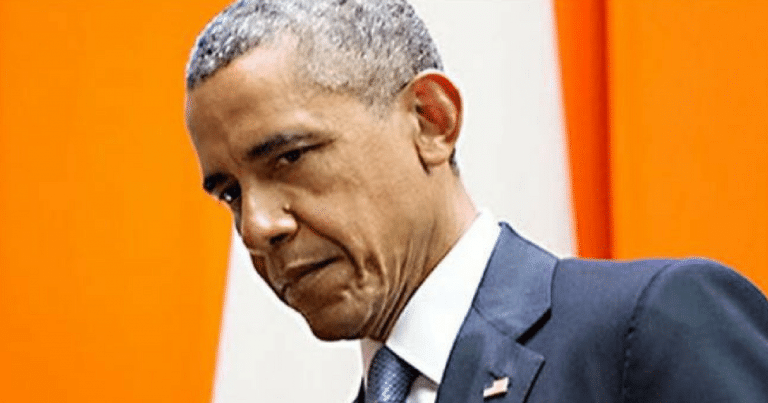 With each passing month, we are learning more about the criminal enterprise that was the Obama administration. I guess all the “change” he promised was changing the U.S. government into the mafia.

Obama used his power to oppress his political rivals. He attacked private businesses to give his buddies an advantage. And he used government agencies to spy on every last American. Not so much the left’s golden boy, after all?

Perhaps during the 2016 election his greatest crimes were committed. Under his leadership, the DOJ and FBI violated the law to spy on the Trump campaign. They abused their power in the hopes of preventing the man from being elected. They were trying to steal the election from America, for Hillary Clinton.

Now one of Obama’s former allies was forced to admit they had the power to stop Russian meddling. Big surprise, they did nothing.

During a Senate Intelligence Committee hearing, Sen. James Risch, R-Idaho, asked Daniel about a passage in the book Russian Roluette. The passage was about a staffer from Daniel’s team, Daniel Prieto, retelling the time that Obama’s national security adviser Susan Rice told Daniel and his team to halt their efforts and to “stand down” in countering Russia’s cyberattacks.

“That is an accurate rendering of the conversation at the staff meeting but the larger context is something that we can discuss in the classified session,” Daniel said. “But I can say there were many concerns about how many people were involved in the development of the options so the decision at that point was to neck down the number of people that were involved in our ongoing response options. It’s not accurate to say all activities ceased at that point. “

We still don’t have solid evidence to prove it was Russia who hacked the DNC and Hillary’s emails. But it’s clear the foreign nations was up to no good. Now we know our own intelligence people knew what was going on.

Interference by a foreign power in our election cycle is completely unacceptable. The moment our leaders discovered Russia was doing something—anything—they should have put a stop to it. Why didn’t they? It looks like they were letting it happen, in the hopes that Russia was meddling with Trump.

You better believe that if they thought for a second Russia was harming Clinton’s campaign, they would have shut it down.

It’s also possible that Obama was angling for the Trump-Russia connection even back then. That his administration allowed Russia to meddle, hoping it would lead back to Trump. Democrats really believe their own lie: that Trump worked with Russia. It’s possible they “stood down” in order to get evidence to bury Trump.

Pathetic, whatever the reason. Obama’s people betrayed our nation—our security—because they thought it would help their party. They put politics ahead of our safety and well-being.

That’s the left’s golden boy for you.