Trending //
Turn Off Ads On Site My Account
Oprah Wants To Run Against Donald In 2020. There’s An Obvious Reason She Has No Chance 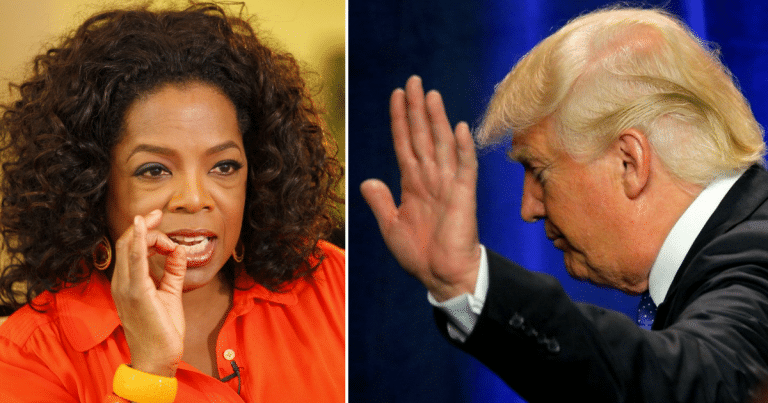 The Internet is all abuzz over the remote possibility that Oprah might run for President. Apparently, the only thing that counts among liberals is the ability to give a good speech.

Many sad and pathetic Democrats are dreaming over the idea that the entertainment icon might run. Despite any evidence to this possibility, this hasn’t stopped them from fantasizing like desperate babies.

But there is one pretty obvious reason she is not qualified. One that escapes the left’s notice.

The two friends, who requested anonymity in order to speak freely, talked in the wake of Winfrey’s extraordinary speech at the Golden Globes Sunday night, which spurred chatter about a 2020 run…

One of the sources said these conversations date back several months. The person emphasized that Winfrey has not made up her mind about running.

“President Winfrey” was the talk of the entertainment world after Winfrey accepted the Cecil B. DeMille Award at the Golden Globes. And the “Oprah for president?” possibility was a top story on morning TV.

We all know what “anonymous sources” means, coming from CNN. It means this is all made up.

It’s amazing how liberals are already declaring that Oprah will run. They don’t bother to consider her qualifications, experience, or ability to lead. All they care about is how good she appeared during one short speech during an award ceremony. Typical, shallow liberals.

They still fawn over Obama, despite the massive damage he caused to this country. They never looked passed his “presidential” speeches and appearance. His lack of experience, intelligence, and leadership never mattered to them.

Which brings us to Oprah. What qualifies her to lead the country? She was a talk show host and occasional actress. She is very good at those things, sure. But that’s nowhere near close enough to running the United States.

Some attacked Trump over his “lack” of political experience. But the man had led a massive business empire for decades. He has been intently involved in politics as a commentator and donor. In fact, he was discussing politics and the White House way back in the 1980’s, as talk show host Oprah interviewed him!

The two don’t compare. Trump is a qualified leader who is reshaping the country for good. Oprah is simply a figure for the left to exploit. A charismatic, Africa-American woman. That’s all they care about. They don’t care about what she might do to our economy, federal agencies, or national security.

So keep dreaming liberals. Because if Oprah is the best person you can put forward, you’re in a hell of a lot of trouble.