When Donald Trump was elected to the White House, he promised to drain the swamp.

That means ending the abuse by our government in wasting our money. Millions of Americans struggle to make ends meet, only to see a chunk of their hard-earned cash taken by Uncle Sam.

For years, we’ve had to sit by and watch the government waste our money. We’re not just talking about the millions upon millions spent in wasteful government handouts.

Politicians also throw money at useless projects; they blow through monumental mounds of cash for overpriced supplies and equipment.

Then there’s the military. Many Americans have no problem spending tax dollars on our Armed Forces. After all, these are the brave men and women who risk their lives to protect us.

Shouldn’t we prioritize their work? Absolutely.

But it looks like some of our allies are abusing the Pentagon’s generosity. A new study from Sen. Rand Paul exposes the massive waste going on in Afghanistan, and you won’t believe what they’re doing with your money.

“Up to half of the estimated $126 billion in U.S. taxpayer funds devoted to nation-building efforts in Afghanistan are ‘misspent, mismanaged, or disappears entirely,‘ a top staffer from Sen. Rand Paul’s (R-KY) office testified this week…

According to recent testimony before the Senate Foreign Relations Committee, the United States’ involvement in Afghanistan will cost taxpayers a whopping $45 billion in 2018.”

In citing examples of wasteful spending in Afghanistan, Gregory McNeill, a top Republican staffer for the Senate Homeland Security Subcommittee on Federal Spending hosting the hearing Wednesday, noted that Afghans are trashing tens of millions worth of U.S.-funded equipment before they even take it out of the box.

That’s right. The Pentagon spends billions of dollars to send supplies to Afghanistan, and these idiots just destroy it all—still in the box. They are literally burning money.

Look, we’ve been in Afghanistan for years. Many people in Afghanistan have gotten accustomed to getting supplies from America, but they need to keep the gravy train running.

Why? Because if we learned they don’t need as much help as they used to, we’d stop sending it. Right? 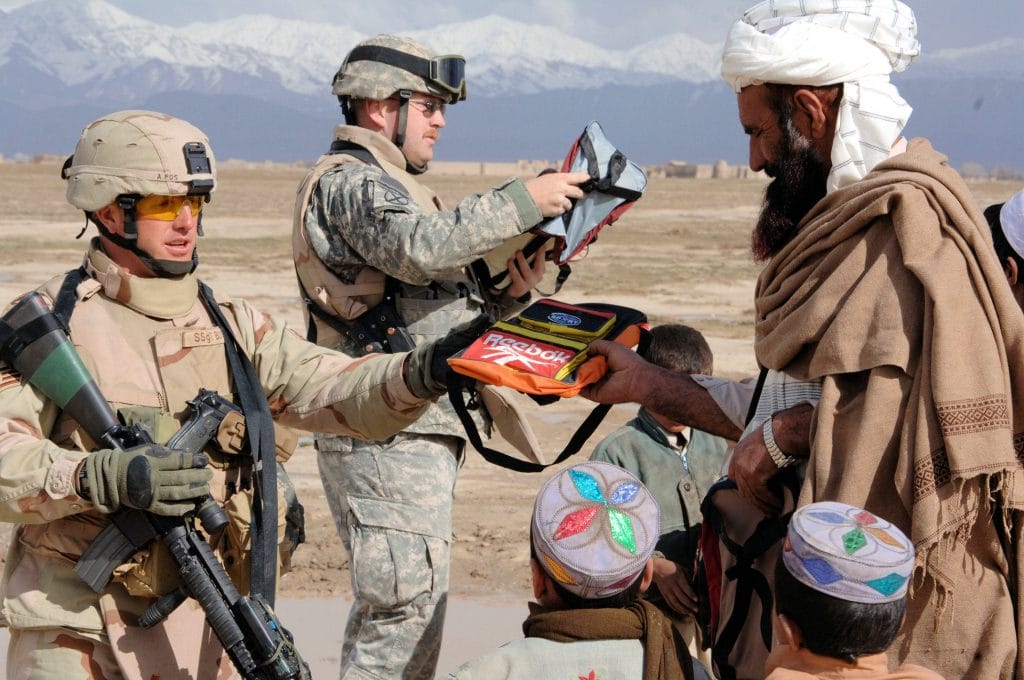 Afghanistan officials are ordering as much as they can from the U.S; much more than they need, of course. All to ensure the U.S. keeps sending supplies.

But what do you do with crates of goods that you don’t need? Send it to poor communities, maybe your allies? Of course not! We can’t let people find out what we’re up to and so, we just destroy them.

It’s an insane level of corruption and it’s happening with your money. They have clear evidence this has been going on for years, thanks to a whistleblower, but the Defense Criminal Investigative Service claims nothing criminal is happening.

Well, we all know that department has reasons for not confronting this abuse: they want more money flowing into the Pentagon. So, of course they’d say that.

But this needs to stop ASAP; here’s hoping Trump notices what’s going on and puts an end to it!