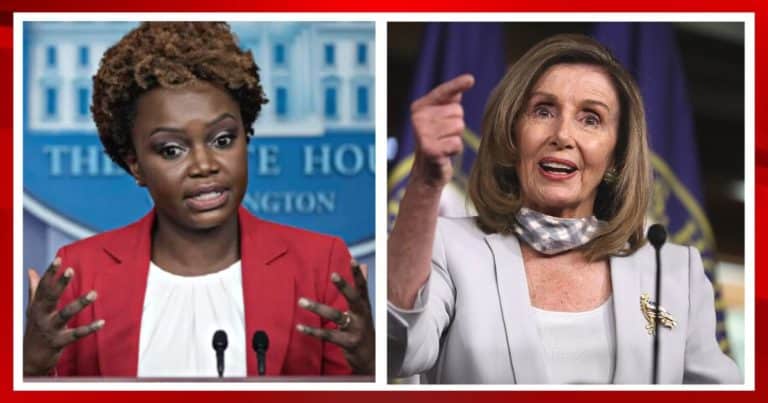 History seems to repeat itself, huh? The last time we had a liberal president in office, Democrats passed a terrible bill that tanked our healthcare industry.

Now, they are poised to pass another bill that will ramp up inflation and drastically increase taxes. And, just like last time, one of the left’s cronies is saying the exact same thing.

Really? How insulting is that to average Americans? Back when Democrats were ramming Obamacare through Congress, Pelosi infamously made a foolish claim.

She said the bill—which derailed healthcare for millions of Americans—had to be passed before we could find out what’s in it.

That hilariously ignorant claim underscored the left’s approach to passing bills. They don’t care what’s in it before the vote on it.

And, once again, a liberal is saying much the same thing. Not learning from history, Biden’s press secretary said they have to pass his massive tax and spending bill before we can see how it will work.

Really? How are these press secretaries getting worse?

Why on earth would reasonable, honest lawmakers pass a bill they didn’t know would work?

Why should we take a chance on a piece of legislation, if we don’t know how it will work?

What if this bill destroys our energy industry? What if it puts 100 million Americans out of work?

What if it triggers another depression?

We don’t know! We have to pass it first!

Do you see the idiocy of such a comment? Yet Democrats expect us to sit back and applaud their reckless spending and massive tax hikes.