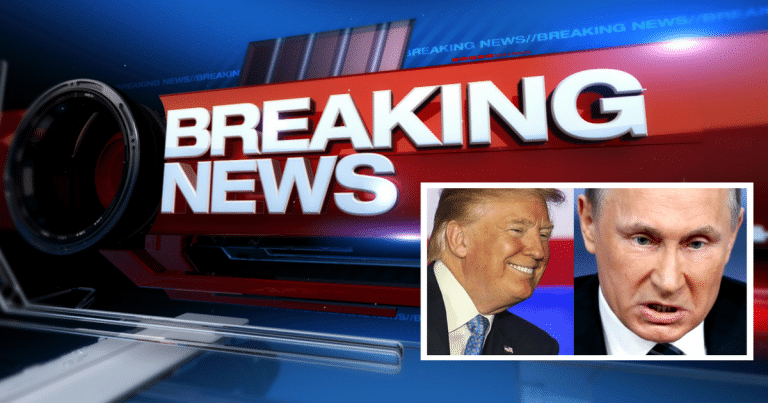 The left has cried about Russia for months. They claim that President Trump worked with Russia to “steal” our election. That’s nonsense.

But despite their bellyaching, we have to remember Russia is a threat. We may want good relations with the nation, but they have their own agenda. Like China, we cannot trust them entirely. Remember, they did have a small group of trolls using social media during our election.

If we don’t do anything in response, Russia will continue their schemes. Previous administrations were clearly in bed with the foreign power (remember Hillary’s “reset” button, among other things?).

Not Trump. In a stunning move, he struck back at Putin.

The Trump administration imposed new sanctions on seven of Russia’s richest men and 17 top government officials on Friday in the latest effort to punish President Vladimir V. Putin’s inner circle for interference in the 2016 election and other Russian aggressions.

The sanctions are designed to penalize some of Russia’s richest industrialists, who are seen in the West as enriching themselves from Mr. Putin’s increasingly authoritarian administration…

“The Russian government operates for the disproportionate benefit of oligarchs and government elites,” said Treasury Secretary Steven Mnuchin. “Russian oligarchs and elites who profit from this corrupt system will no longer be insulated from the consequences of their government’s destabilizing activities.”

The liberal media has mixed emotions about this move. For over a year they’ve been claiming Trump was Putin’s puppet. Now, what can they say, after Trump himself is slapping Russia down?

This comes as no surprise to Trump supporters. The President puts America first. That means an end to the corrupt globalists practices of previous administrations. Our government prioritized powerful foreign businesses over Americans. That has led to the economic decline we witnessed for years.

No doubt these Russian industrialists played our government like a fiddle. People from Obama to Hillary danced around for them. Not to mention the crooks still in Congress. All these Russians had to do was wave around some cash and they got what they wanted. Even if that hurt American citizens.

Trump’s move to punish these men with sanctions proves he’s no puppet. He will not let any foreign power take advantage of our country. It’s why he was so tough with North Korea. It’s also why he slapped China with major tariffs. And it’s why he’s hitting Russia with sanctions.

Americans come first under the Trump administration. Some people are only just learning that.

But don’t be surprised if the liberal media still rails against the President. They will never admit that he’s winning for this country.