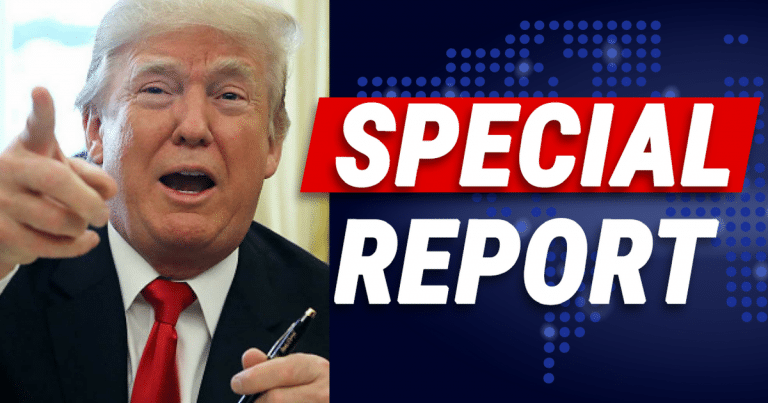 Ever since the advent and arrival of the administrative state, the federal government has done nothing but grow farther and farther out of control.

In the past 100 years, bureaucracies have become incredibly bloated. The reason why is that those living in Washington, D.C. have figured out how to work the administrative system to their advantage.

Thanks to outdated legislation on workforce benefits, raises, and outputs, millions of government workers know that they can just show up to the office, put in minimal work effort, and leave with their high paying jobs, raises, bonuses, and pensions.

For the most part, we, the American worker have felt helpless seeing our taxpayer money go to these stooges. However, we’re not the only ones seeing this waste. President Trump’s next task is to hold these swamp slugs accountable, and he has just released a plan that should send most of them into early retirement.

President Donald Trump’s 2019 budget aims to bring brutal changes to the federal civilian workforce, and it could spell trouble for some employees who do not measure up.

The budget, which is set to be released Monday, contains some of the biggest reforms to the workforce in decades.

To put it simply, Trump’s plan seeks to “hire the best and fire the worst,” USA Today reported.

Senior officials with the Office of Management and Budget who spoke anonymously with The Washington Times said the plan aimed to put a stop to regular, tenure-and merit-based raises for more than 1.5 million federal workers and instead focus on performance-based raises.

In other words, federal employees will now have to work hard for their raises, and those who do not perform well could be fired.

This is amazing news. Thanks to President Trump’s private-sector background, he knows that money is too important to lose to employees that do nothing on the job. He knows that in order to keep government at its most efficient, government workers need to be paid reasonably for the work they do. And given that the money belongs to taxpayers, every dollar needs to be watched.

But expect an outrage from these stooges. They’ll be upset that they will actually have to do a full days’ work each and every day in order to keep their jobs. But guess what? If they don’t like it, then they can hop on over to the private sector and get another rude awakening when they find out that they have to do another full days’ work for pay.

In short, this plan is nothing but a win for the American taxpayer. If we have to put the time and effort into our jobs, the bureaucratic swamp slugs need to do the same.