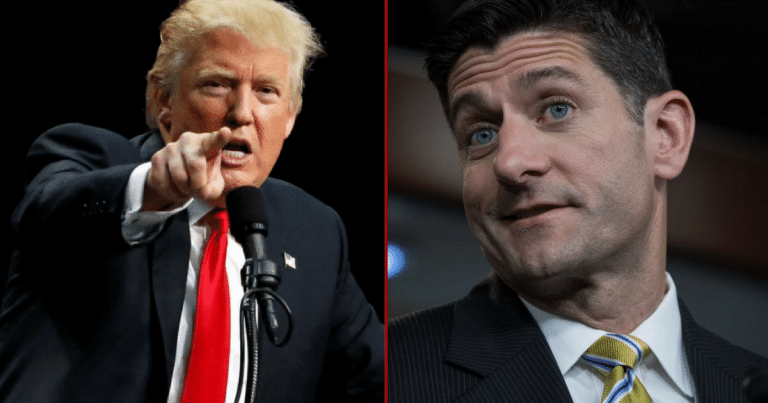 Sanctuary cities are an insult to our country. These regions protect illegal aliens, putting Americans at risk.

Criminal aliens end up having more rights than American citizens. And these cities will protect them from federal authorities. We law-abiding citizens don’t have that kind of protection.

That is why President Trump is working to punish these rogue cities. However, Paul Ryan and his Republican leadership would rather cave into Democrats and their sanctuary city agenda instead of fighting the good fight.

But never fear, Trump has the upper hand.

President Donald Trump is hosting a roundtable at the White House Tuesday for federal officials, members of Congress and state attorneys general to ramp up pressure on cities that don’t comply with federal immigration laws…

The president is looking to use Tuesday’s White House meeting to highlight the problems he has with funding these cities and pressure cities to conform with federal immigration laws.

The president said in a speech Monday that ending sanctuary cities is a critical step in stopping the addiction epidemic sweeping the nation. He also said doing so would help curb crime, gang activity and the number of drug dealers on American streets.

There is a chance that the text of the spending bill can be changed. If so, the clause that funds sanctuary cities can be removed. And it’s sad that we even have to discuss this. The text should have never been added in the first place.

If this doesn’t happen, the bill might not go through the Senate. That can mean another shutdown.

Even if the bill goes through, Trump has other plans. With the help of attorney generals, sanctuary cities can experience greater pressure. California is already suffering, due to their terrible policy. ICE has put special focus on the state. They are working overtime to apprehend criminal aliens. All because the state of California refuses to cooperate.

There is much more the Trump administration can do to punish sanctuary cities. Ultimately, there’s going to be a big showdown.

One way or another, sanctuary cities will be challenged. Democrats and RINOs will regret opposing the rule of law.