Trending //
Turn Off Ads On Site My Account
Roseanne Stands Up To Jimmy Kimmel On Trump In Fiery Interview: “Zip That F-ing Lip” 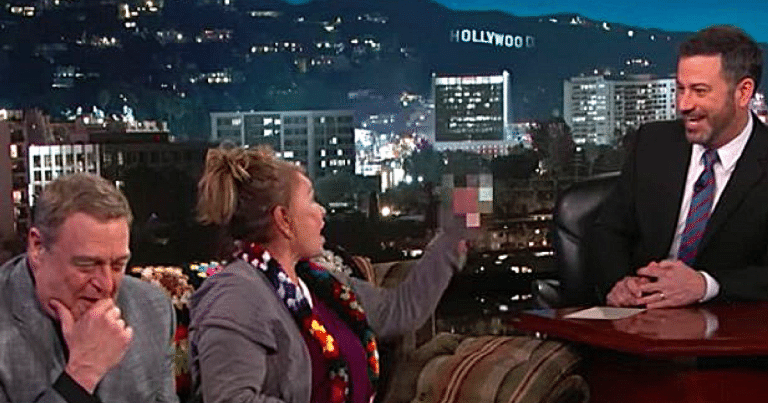 When you think of entertainment, your first choice is probably not liberal late-night TV.

But you’d be wrong—if Roseanne Barr shows up.

Roseanne has been outspoken for Trump, both on her new show and personally.

When she appeared on left-wing Jimmy Kimmel, the host confronted the comedienne over it.

Her response to the liberal talk show host is simply priceless. I could watch this all day!

Barr made the remarks while promoting the upcoming reboot of “Roseanne,” the hit TV series she starred in from 1988 to 1997…

Barr explained: “Seriously, a lot of your audience, including me, I just want to say this Jimmy: A lot of us — no matter who we voted for — don’t want to see our president fail. You want Pence for the friggin president? Well then, zip that f***en lip!”

… Roseanne was also reiterating a point repeatedly made by Donald Trump Jr., who said liberals would rather see the country suffer than succeed under President Trump.

“It’s sad that the left today would rather see America suffer and fail than to see it succeed with Donald Trump at the helm,” Don Jr. tweeted.

Roseanne is treating Kimmel with a much-needed dose of reality. Liberals have been bickering since the election about Trump’s win. They’ve been attacking his administration left and right. Democrats have been cooking up crack-pot theories and schemes. All aimed at removing Trump from office.

At the very least, their “resistance” would prevent Trump from winning for America. Hasn’t worked yet, but they keep trying. Do they really want Trump to fail? That would mean terrible things for our country.

But that is where the left is today. They are so extreme in their hate, they’d rather see America crash and burn under Trump than thrive.

Kimmel—and the rest of the left—doesn’t have much to say in return. Roseanne hit the nail on the head, in her classic style. We need to believe in the President, for the good of the entire country.