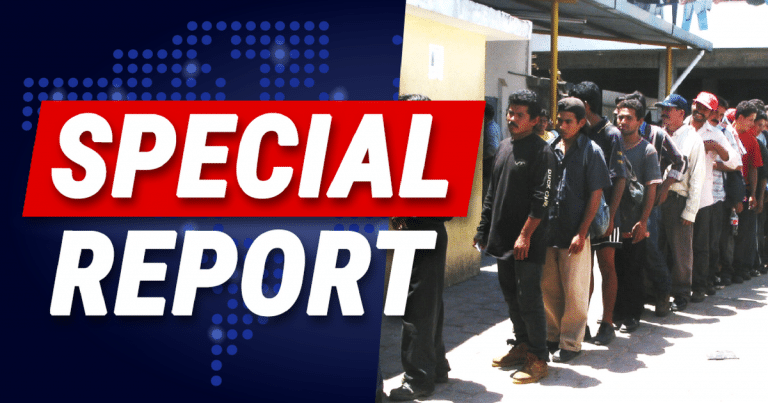 Here we go again. Another “sanctuary” region that is conning Americans.

There is a reason liberals want to protect illegal aliens. It’s not because they care about them.

Because it gives them an excuse to spend your money.

Donald Trump works to reduce government, cut spending, and lower taxes. Still, Democrats find a way to drain taxpayers of their hard-earned money. A report blows the lid off an Obamacare scam that one state used to steal $1 billion of your dollars.

California is indeed the Golden State where Medicaid is concerned. The HHS Office of Inspector General (OIG) has found that, by exploiting Obamacare’s expansion of the program, California has enrolled hundreds of thousands of ineligible adults in Medicaid. Consequently, the state has bilked the federal government out of more than $1 billion in funding to which the state was not entitled…

For the period of time covered by the OIG audit, the federal Share of the costs for newly eligible, adult enrollees is 100 percent (which isn’t true in the case of low-income beneficiaries for whom the program was originally created). In other words, every dime California ostensibly “paid” for the people described above came straight out of your federal tax bill…

At present, 1 in 3 Californians are enrolled in Medicaid. And, as long as the “Affordable Care Act” remains in place, the federal government will pay a minimum of 90 percent of California’s Medicaid costs for new enrollees. Thus, state officials don’t want to get it right.

Of course, it’s California. Where else? This is exactly why Gov. Brown wants to keep illegals. They—among other ineligible people—are taking billions to cover Obamacare expenses.

California—under the democrats—has become a Welfare state. Reread that statistic: one in three residents are enrolled in Medicaid. That can’t happen. Government handouts are supposed to be for the neediest in the country. And for a limited time. But the state with the highest population has that many dependents.

It’s unsustainable. No wonder the state’s about to collapse.

That’s a massive drain on our government. Money that could be used to secure the border, rebuild our military, and improve our schools is used to provide health care for illegals. And it won’t stop unless the democrats are voted out of office.

This is the real reason Jerry Brown and Democrats fight for illegal immigration. They need more people dependent on government handouts. That way, there will be more people they can control through Welfare, food stamps, and Obamacare. Do you think those people will care about free speech, freedom of religion, or gun rights?

Of course not. They’ll give up as much freedom as possible to get free stuff.

It’s time this charade was brought to an end.