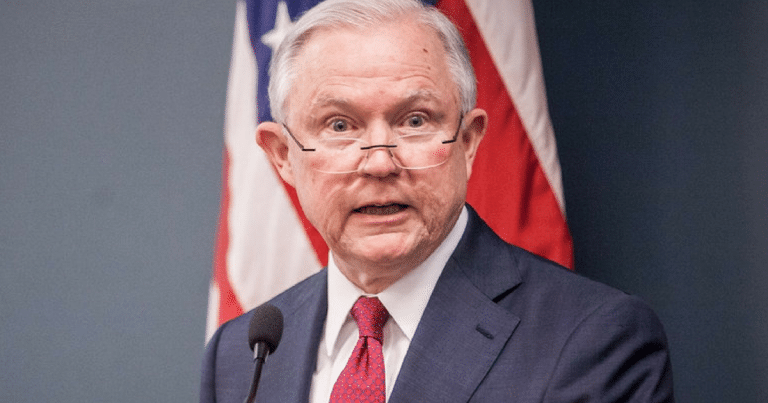 You might remember the FBI’s investigation into Clinton. During the 2015-2016 election, they were looking into her email. She was using an illegal private server to conduct government affairs. To the shock of everyone, the FBI let her off the hook.

We now know that the agent leading this investigation, Andrew McCabe, was a liberal shill. Many have questioned the integrity of his work, considering he wanted Hillary Clinton elected. But it was all swept under the rug, until now.

McCabe is set to retire soon. That means he’ll get a sweet pension. Except, Jeff Sessions might have something to say about that.

FBI Deputy Director Andrew McCabe’s last day at the bureau is supposed to be Sunday when his retirement and pension take effect — but he could be fired beforehand.

According to the New York Times, the department’s inspector general concluded McCabe was not forthcoming during the review about his decision in 2016 to allow FBI officials to speak with reporters about an investigation into the Clinton Foundation…

Attorney General Jeff Sessions will make the final decision on whether to fire McCabe. If he did so, Sessions would jeopardize the 21-year FBI veteran’s pension.

McCabe stepped down in January and went on “terminal leave” until he could retire and be eligible for full pension this month. The decision to step down was reportedly tied to a forthcoming watchdog report on how the agency handled the investigation in Hillary Clinton’s private email server.

Many people blame McCabe for the botched investigation. It’s clear that Clinton transmitted Top Secret documents through her illegal server. That’s a big no, no. She knew what she was doing was illegal; she even lied about it numerous times.

Yet the FBI decided to give her a pass. They refused to recommend charges. Why? Now we know that McCabe most likely interfered, out of political motives.

McCabe’s wife even took donations from a Clinton ally while running for office. Hmm… no red flags there!

We can’t go back in time and fix this violation of justice. But a small step can be made to punish those responsible. If Sessions officially fires McCabe, he will be denied a fat pension. A slap on the wrist, sure. But it will be a sign that today’s DOJ will not tolerate such abuse.

We’ll have to wait and see what happens.