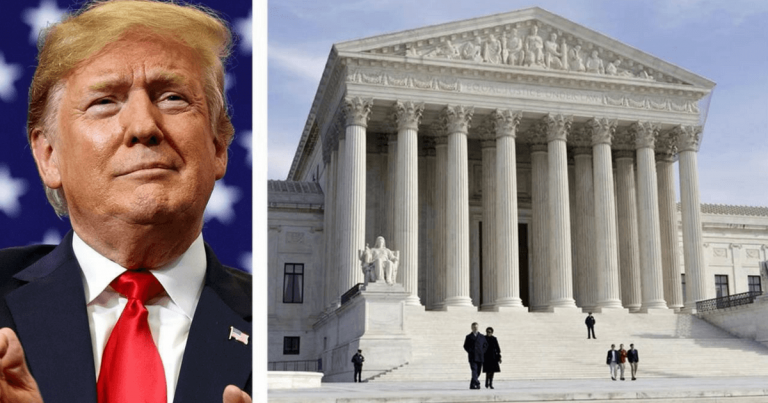 Donald Trump has the chance of a lifetime to choose a second Supreme Court Justice and turn the court conservative for decades. But one Republican Senator is standing in his way, and she has one particular demand for Donald if she’s going to confirm his pick—or shut down the whole process.

Since Justice Kennedy announced his retirement, the political world has been in turmoil. Liberals are panicking, because Trump gets to put another person on the Supreme Court. Much like Neil Gorsuch, his pick will be a strong Constitutionalist, who will not abuse the law for a progressive agenda.

Conservatives are already celebrating the consequences of this turn of events. The person Trump picks will serve on the court for many years. Most likely decades. They will have a tremendous impact on the future of our country. And considering the rest of the Court, there will be more conservative-minded Justices than liberal ones. We will see an amazing transformation within our country.

But already Senators are fighting back. Some have made it clear they will do everything in their power to block Trump’s pick. Especially over a major issue.

The real crime? One of these Senators is a Republican.

Republican Sen. Susan Collins, a key vote on President Donald Trump’s pick for the Supreme Court, said Sunday she would oppose any nominee she believed would overturn the landmark Roe v. Wade decision that legalized abortion.

The White House is focusing on five to seven potential candidates to fill the vacancy of retiring Justice Anthony Kennedy, a swing vote on the court. The Maine senator said she would only back a judge who would show respect for settled law such as the 45-year-old Roe decision, which has long been an anathema to conservatives.

“I would not support a nominee who demonstrated hostility to Roe v. Wade because that would mean to me that their judicial philosophy did not include a respect for established decisions, established law,” Collins said.

Such a judge, she said, “would not be acceptable to me because that would indicate an activist agenda.”

Oh really? An “activist agenda”? I guess protecting the lives of the unborn is so objectionable to Collins, that she calls that activism.

She didn’t seem upset when obvious activist judges blocked Trump’s lawful executive orders. Or when activist judges cooperated with Obama when he went after private businesses (just to give his buddies a boost).

It seems like Collins, a “Republican,” is so on board with the murder of American babies, that she’d block Trump’s pick. Pathetic.

Newsflash, Collins, Trump’s never going to nominate a person who will protect Roe V. Wade. Every last pick will stand behind the Constitution, which does not enforce murder. To speak out, before he even nominates someone, proves you are part of the swamp. And therefore, you deserve to be voted out of office.

Roe V. Wade has been a blight on our country for over forty years. It has allowed millions of unborn children to be exterminated. It is a crime that is too great for words. Yet liberals defend it like a badge of honor. To their great shame.

For a conservative to go out of her way to defend this disgraceful issue proves she is on the wrong side. Time to get rid of Collins, if you ask me.